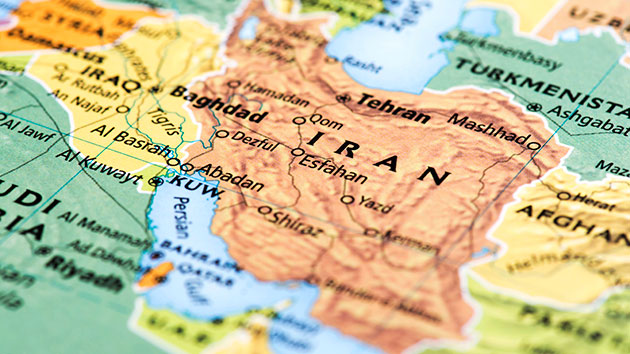 iStockKimia Alizadeh, the sole woman to ever have won a medal at the Olympics for the country of Iran, has defected from the country and moved to Europe, she announced on social media.The 21-year-old, who won bronze at the 2016 summer Olympics in Rio in the women’s Taekwondo 57-kg competition, wrote on Instagram Saturday that she is “one of the millions of oppressed woman in Iran.””They took me wherever they wanted. Whatever they said I wore. Every sentence they ordered I repeated,” Alizadeh said. “Whenever they saw fit, they confiscated me. They put my medals on the obligatory veil and attributed it to their management and tact.”Alizadeh began her lengthy goodbye message addressing the “oppressed” and “noble people of Iran,” adding later that the medal she earned is simply a tool used for “political exploitation.””…but at the same time to humiliate, they say: The virtue of a woman is not to stretch her legs!” Alizadeh wrote.Alizadeh wrote that no one invited her to Europe, adding that the decision to leave Iran was “even harder” than winning Olympic gold. She has “no other wish” other than to continue practicing Taekwondo and to live a “happy and healthy life,” she said.Alizadeh’s defection comes during high tensions between the U.S. and Iran following the U.S. airstrike that killed Iranian Gen. Qassem Soleimani and Iran admitting to “unintentionally” shooting down a Ukrainian airliner, killing 176 people on board.U.S. Department of State spokeswoman Morgan Ortagus wrote on Twitter that Iran “will continue to lose more strong women unless it learns to empower and support them.”Copyright © 2020, ABC Audio. All rights reserved.