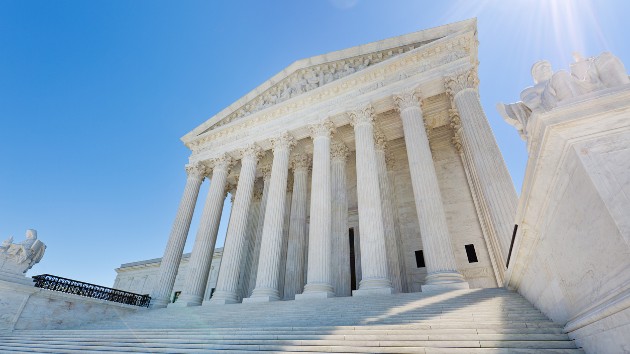 YinYang/iStock(WASHINGTON) — New Jersey’s 2013 “Bridgegate” scandal arrives at the U.S. Supreme Court on Tuesday, when two former aides to then-Gov. Chris Christie will ask the justices to throw out their fraud convictions and place new limits on public corruption prosecutions. The case is the latest chapter in a years-long saga that garnered national attention and stained the Christie administration. It could also establish a sweeping new standard for how courts decide when politically motivated actions become criminal.Bridget Anne Kelly, Christie’s former deputy chief of staff, and Bill Baroni, a former Port Authority official appointed by Christie, were found guilty in 2016 of conspiring to fraudulently use taxpayer-funded resources to close traffic lanes on the George Washington Bridge in an act of political retribution. Christie has denied any wrongdoing. Since leaving office in 2018, he has been an ABC News contributor.After the Democratic mayor of Fort Lee, New Jersey, declined to endorse the Republican governor’s reelection campaign, Kelly and Baroni shut down several traffic lanes connecting the town to the bridge, creating traffic gridlock that imperiled the safety and security of local residents, according to law enforcement officials who testified during the trial. They claimed the closures were for a traffic study.Prosecutors said the scheme deprived the government of “property” as defined by anti-fraud laws, including lost wages of the employees ordered to develop a phony traffic study and the lost time of top officials, such as Baroni, who plotted the affair.”This is a case of unauthorized commandeering of Port Authority resources on the pretense of a nonexistent traffic study; it is not a case about authorized use of Port Authority resources to conduct an actual traffic study with a bad motive,” Deputy Solicitor General Jeffrey Wall wrote in a brief defending the Justice Department. The plaintiffs argue that no matter how deceitful their actions, they did not amount to corruption. “Bridgegate is a case of bareknuckle New Jersey politics, not graft,” Baroni’s attorney argued in court documents. Kelly and Baroni claim that they had the standing authority to control the traffic lanes for any reason. They also insist that any costs to the taxpayer were incidental to what would otherwise be a lawful action. “All that separates a routine decision by a public official from a federal felony, per the opinion below, is a jury finding that her public policy justification for the decision was not really and truly her subjective reason for making it,” Kelly’s lawyers warned. “There is no way that could be the law.”But government lawyers say the case is less about motive than it is about a lie. “The conspirators could realign the lanes only by lying about the existence of a traffic study,” Wall wrote. “By telling those lies, and diverting the agency’s resources to serve their own personal ends of inflicting massive four-day gridlock on Fort Lee, Kelly and Baroni committed fraud.” During trial, the jury found both guilty on all counts. A judge sentenced Kelly to 13 months in prison and Baroni to 18 months. They remain free on bail awaiting the outcome of their appeal. Copyright © 2020, ABC Audio. All rights reserved.