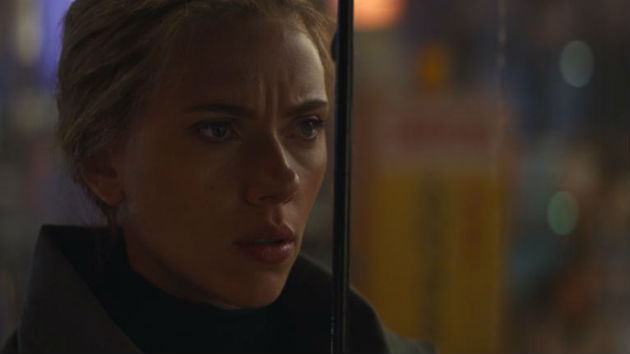 Marvel Studios(LOS ANGELES) — Football fans watching the the National Championship game between the Clemson Tigers and the LSU Tigers on ESPN Monday night got an eyeful of Marvel Studios’ next movie, Black Widow, courtesy of a new trailer.

We learn her Natasha Romanoff is on the run, and reunites with her spy “family,” including Johansson’s fellow newly minted Oscar nominee Florence Pugh as Yelena; David Harbour as Alexei/The Red Guardian, sort of the Russian knockoff of Captain America; and Oscar-winner Rachel Weisz as Melina.

“I was trying to do something good,” Romanoff tells her ‘sister,’ played by Pugh. “Be more than just be a trained killer.”

“You’re fooling yourself,” Pugh replies. “We are still both trained killers.”

Together, they must band together to unravel a deadly conspiracy — seemingly a new army of ‘widow’ assassins — and take on one of Marvel Comics’ classic villains, Taskmaster, a fearsome mercenary with the uncanny ability to mimic the fighting style of anyone who crosses his path.

That skill is teased in the new clip, when Widow faces off with him on a bridge and the warrior perfectly mirrors her ‘superhero landing.’