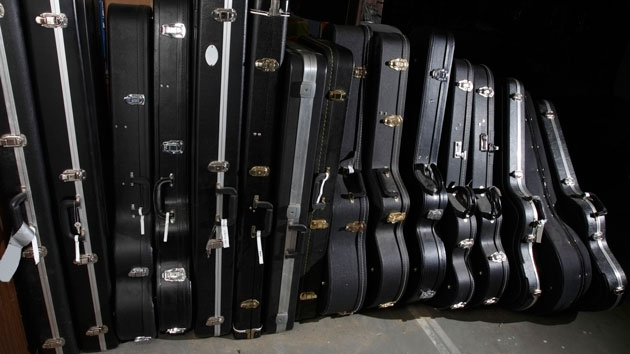 iStock(NEW YORK) — Yamaha is warning people not to get into large musical instrument cases in the wake of ex-Nissan chief Carlos Ghosn’s high-profile escape from Japan, and the reports that he hid in a box for audio equipment to sneak out of the country.The musical instrument company posted on its Japanese Twitter account that it won’t mention the reason why, but there have been a lot of tweets about climbing into big musical instrument cases, and the company wants everyone to be careful and not try it.”Musical instrument and audio equipment cases are designed to hold musical instruments and audio equipment,” the company added in a follow-up tweet. “Please use them correctly.”Ghosn’s saga has sparked international intrigue after he jumped bail and mysteriously fled Japan while awaiting trial for charges of financial misconduct.The former chairman of Nissan had been under 24-hour surveillance at his Tokyo home awaiting trial, but somehow managed to slip out of the country undetected on a private jet, arriving in his homeland of Lebanon. The Wall Street Journal reported he hid in a box used for audio equipment to sneak out of Japan. Other outlets have reported he hid in a box used for a double bass.Ghosn has maintained his innocence, saying he “escaped injustice and political persecution.”Nissan called its former chairman’s escape “extremely regrettable” in a statement, and Japanese authorities have said they will take all measures to pursue criminal proceedings.He is currently in Lebanon, living under a travel ban. Lebanon has no extradition treaty with Japan. Copyright © 2020, ABC Audio. All rights reserved