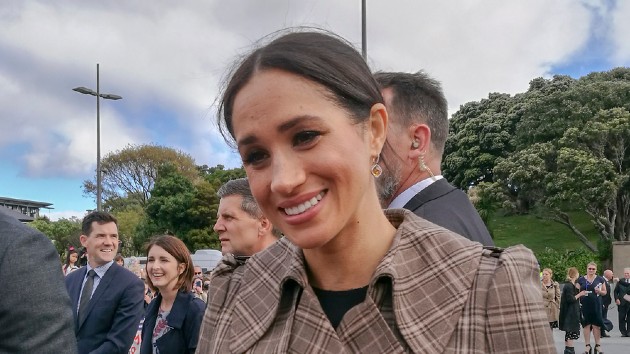 NataliaCatalina/iStock(LONDON) — Meghan, the Duchess of Sussex, is stepping back into public life after her surprise announcement with Prince Harry that they plan to “step back” from royal duties. Meghan, 38, visited a women’s shelter in Vancouver Tuesday, according to a photo shared on social media by the shelter.”Look who we had tea with today!” the Downtown Eastside Women’s Center wrote on Facebook. “The Duchess of Sussex, Meghan Markle, visited us today to discuss issues affecting women in the community.”Meghan was spotted on Tuesday boarding a seaplane to travel from Vancouver Island to Vancouver.The duchess flew back to Canada from the U.K. last week, around the same time she and Harry dropped the bombshell announcement that they planned to “step back” from duties as senior members of the royal family, split their time between North America and the U.K., launch a new charitable entity and become financially independent. The announcement set off intense negotiations within the royal family to figure out how to make Harry and Meghan’s unprecedented proposal work, culminating in a family meeting Monday at Sandringham with Queen Elizabeth, Prince Harry, Prince William and Prince Charles.After the meeting, Queen Elizabeth announced there would be a “period of transition in which the Sussexes will spend time in Canada and the UK.” It had not been revealed where Meghan had flown to in Canada to reunite with her and Harry’s 8-month-old son, Archie, but it appears Meghan returned to Vancouver Island, where she, Harry and Archie spent an extended holiday vacation.The Vancouver women’s shelter Meghan visited Tuesday describes itself as “one of the few safe spaces within the Downtown Eastside exclusively for self-identified women and their children.” The shelter says on its website that it provides support to over 500 women, children and seniors every day in a community plagued by “high levels of violence, homelessness, addictions and poverty.”Meghan, who advocated for women’s rights before marrying Prince Harry, has made advocating for women a central focus of her work as a royal as well.Her first public event as a royal patron last year was a visit to Smart Works, a charity that focuses on helping women. She later launched a capsule collection of “workwear essentials” that benefited Smart Works. On an official tour of South Africa with Prince Harry last year, Meghan made women a focus of her events, highlighting the importance of access to higher education. “While I’m here as a member of the royal family, I stand here before you as a mother, a wife, a woman, as a woman of color and as your sister,” she said. Copyright © 2020, ABC Audio. All rights reserved.