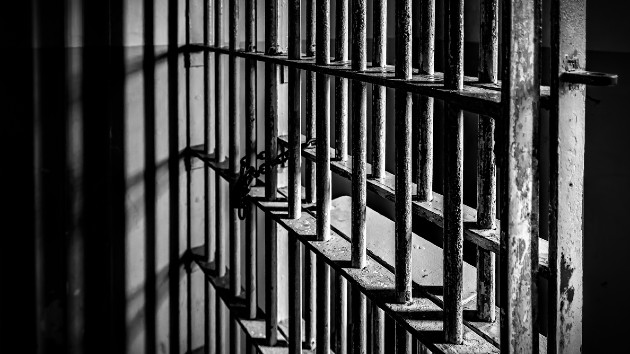 DanHenson1/iStock(NEW YORK) — Hip hop artist Yo Gotti teamed up with fellow rapper and music mogul Jay-Z to file a federal lawsuit on behalf of 29 Mississippi prisoners who accused state correctional officials of doing little to stop an outbreak of violence that left five inmates dead over a two-week span. “Individuals held in Mississippi’s prisons are dying because Mississippi has failed to fund its prisons, resulting in prisons where violence reigns because prisons are understaffed,” the lawsuit said. “In the past two weeks alone, five men incarcerated in Mississippi have died as the result of prison violence. These deaths are a direct result of Mississippi’s utter disregard for the people it has incarcerated and their constitutional rights.” The lawsuit, flied Tuesday, names Mississippi Department of Corrections Commissioner Pelicia Hall and Mississippi State Penitentiary Superintendent Marshall Turner among the defendants. “Plaintiffs’ lives are in peril,” the lawsuit said. “These deaths are a direct result of Mississippi’s utter disregard for the people it has incarcerated and their constitutional rights.”The Mississippi Department of Corrections did not immediately reply to ABC News’ request for comment. “The lives of countless individuals in Mississippi are at stake and we will not stop until this is fixed,” Yo Gotti said in a statement after filing the suit. The lawsuit comes just days after Jay-Z and Yo Gotti wrote an open letter to Mississippi Gov. Phil Bryant, saying they were considering suing over “inhumane conditions” within state-operated prisons.Yo Gotti, whose legal name is Mario Sentell Giden Mims, has been outspoken about issues like criminal justice reform in his music and in public appearances. “The conditions in the prisons operated by the Mississippi Department of Corrections are absolutely inhumane and unconstitutional,” the Tennessee native said in a statement last week. “To see this happen so close to my hometown of Memphis is truly devastating. That’s why we’re calling on Mississippi state leaders to take immediate action and rectify this issue. If they don’t right this wrong, we’re prepared to take legal action to provide relief for those that are incarcerated and their families.”Jay-Z has also been very vocal about the issue of prison reform over the past few years and teamed up with Philadelphia rapper Meek Mill last year to launch REFORM Alliance — a criminal justice reform organization. A recent outbreak of deadly violence that left five inmates dead and an unknown number of others wounded has thrown the brutal conditions at Mississippi prisons into the national spotlight. The Mississippi Department of Corrections previously attributed the violence to gang activity, but civil rights advocates pointed to problems stemming from mass incarceration and inadequate funding of the state’s prison system that have combined to breed a atmosphere of violence. Copyright © 2020, ABC Audio. All rights reserved.