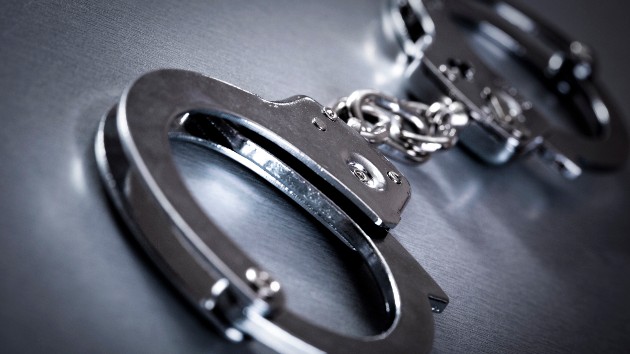 GoodLifeStudio/iStock(LOS ANGELES) — Attorney Michael Avenatti was abruptly taken into federal custody in Los Angeles Tuesday evening, following a day-long disciplinary hearing in which the California State Bar is asking a judge to prevent Avenatti from practicing law based upon their belief he poses a “threat of substantial harm to the public” if he continues to perform legal work. Avenatti was on the stand when the court took a break and IRS agents placed him under arrest. Multiple sources told ABC News that Avenatti is accused of violating the terms of his pre-trial release. It was not immediately clear what he allegedly did to violate those terms because the documents are under seal.The lawyer, who is facing multiple federal criminal charges in California and New York, will likely spend the night at the Metropolitan Detention Center in downtown Los Angeles or the Santa Ana jail before his appearance Wednesday in a Santa Ana federal court. Avenatti skyrocketed to celebrity status alongside his former client, adult film star Stormy Daniels, who filed multiple lawsuits — unsuccessfully — against President Donald Trump. Eighteen months ago, the lawyer was a fixture on cable news shows and the topic of pieces in Vanity Fair and The New York Times magazine. Reporters asked him about his skin-care routine and Tom Ford suits while he and Daniels posed for photographer Annie Leibovitz.The celebrity attorney, with his trademark Twitter hashtag #basta, also dipped his toe into the presidential candidacy pool for a brief moment, dining with potential donors and forming a PAC to accept donations. Then last spring, after the Los Angeles city attorney declined to file domestic violence charges stemming from an earlier incident, federal prosecutors in New York and California indicted Avenatti on charges of extortion, fraud and embezzlement, which included allegations that Avenatti stole millions of dollars from a paraplegic client. In May, New York federal prosecutors filed additional charges, this time alleging Avenatti stole $300,000 from his most famous client, Stormy Daniels.

Avenatti has plead not guilty to all charges and has been vocal on social media maintaining his innocence.At Tuesday’s hearing, the state bar’s senior trial counsel, Eli Morgensternm laid out his case for why Avenatti should be placed in “involuntary inactive status,” which would prohibit him from practicing law, but is separate from disbarment. The state bar has already filed their disbarment case as a separate procedure. Proceedings in the matter began last June, when the state bar filed their application for inactive enrollment against Avenatti. The complaint included allegations that Avenatti stole nearly $840,000 from former client Gregory Barela, who testified earlier Tuesday. In previous court filings, Avenatti’s attorney denied he misappropriated Barela’s funds. During Avenatti’s heated testimony before his arrest, he appeared disturbed and at times raised his voice, calling the hearing “nonsense” and claiming that his former client Barela testified to “a lot of things that weren’t true.” Copyright © 2020, ABC Audio. All rights reserved.