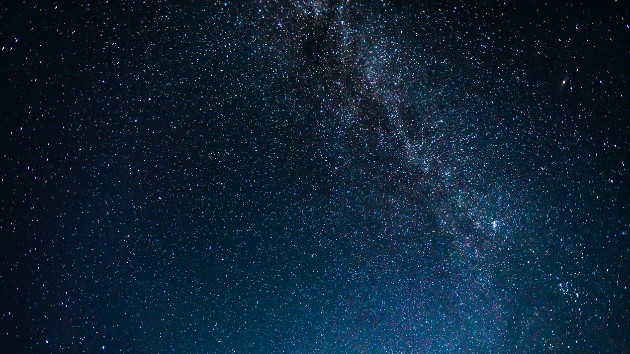 sankai/iStock(NEW YORK) — Scientists have analyzed stardust from a meteorite that fell to Earth 50 years ago, and according to their calculations, the 5- to 7-billion-year-old stardust is the oldest solid material ever found on Earth. “This is one of the most exciting studies I’ve worked on,” Philipp Heck, lead author of a new paper, which was published Monday in the Proceedings of the National Academy of Sciences, said in a statement.”These are the oldest solid materials ever found, and they tell us about how stars formed in our galaxy,” he said.When stars die, the gas and dust that comprise them fly off into space, eventually forming new stars, planets, moons and meteorites.Inside the meteorite, which crash landed in Australia in 1969, were what are known as presolar grains, formed before the sun was born. Trapped inside the meteorite, they give scientists a picture of history before the solar system was formed.In comparison to the stardust, the sun is 4.6 billion years old, and the Earth is 4.5 billion years old. “I always wanted to do astronomy with geological samples I can hold in my hand,” said Heck, who is also a curator at Chicago’s Field Museum and an associate professor at the University of Chicago.”Stardust is the oldest material to reach Earth, and from it, we can learn about our parent stars, the origin of the carbon in our bodies, the origin of the oxygen we breathe. With stardust, we can trace that material back to the time before the sun,” he said.Copyright © 2020, ABC Audio. All rights reserved.