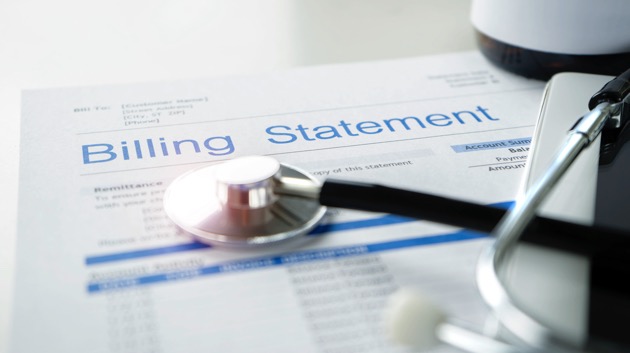 jittawit.21/iStock(NEW YORK) — It’s been a persistent question on the campaign trail and during debates, whenever presidential hopefuls Sen. Elizabeth Warren, D-Mass., and Sen. Bernie Sanders, I-Vt., tout their respective Medicare for all plans: How much is this going to cost?The Warren campaign priced her plan at an eye-popping $52 trillion over the next decade. Sanders’ approach would cost $34 trillion over the same period, according to the Urban Institute, a public policy think tank.While those steep price tags may spook some voters, new research, which analyzed nearly two dozen national and state-level single-payer health care proposals made over the last 30 years, suggests that single-payer plans are projected to save the country money over time, many in their first year after being implemented.”If we’re spending less as a country and covering more people, more people are going to benefit,” said Christopher Cai, lead author of the study and third-year medical student at the University of California, San Francisco.While his study didn’t examine Warren or Sanders’ plans, or speak to specifics of how their respective financing and taxes would be calculated, “you can imagine that if we’re paying less as a country, on average, people would be paying less,” Cai said.To come to this conclusion, Cai and his coauthors reviewed 22 single-payer proposals from 18 studies, published between 1991 and 2018, including eight national plans and 14 plans from states like Massachusetts, California, Maryland, Vermont, Minnesota, Pennsylvania, New York and Oregon. Of those 22 plans, 19 predicted health care cost savings in the first year of program operation.”I think that’s a testament to the waste currently in our health care system,” Cai said of the potential savings after one year of single-payer implementation.Twenty plans — more than 90% of those evaluated — predicted savings over several years — with savings accumulating over time.The bulk of those savings would come from streamlining health care administration costs, according to the study, with additional savings coming from lowering drug prices and reducing provider reimbursements.According to a study published last week in the Annals of Internal Medicine, administration costs now make up 34% of U.S. health care expenditures, with the country spending roughly $2,500 per person. In comparison, Canada, which has a single-payer health care system, spends roughly $550 per person on health care administration, the study found.One limitation of Cai’s research, published in the journal Plos Medicine Wednesday, was that there was so much variation in funding sources, political motivations and methodological rigor among the different studies it analyzed, which made comparing them more difficult.Other analyses of single-payer plans in recent months have come to different conclusions about health care spending.An October analysis by the Commonwealth Fund found that a single-payer health care system, which included all Americans, including undocumented ones, would grow health care spending by about $720 billion in 2020. A less generous, single-payer “lite” option, which included cost-sharing for out-of-pocket expenses based on income level, and which did not include coverage for undocumented people, would lower health care costs by $210 billion in 2020.John Holahan, a fellow in the health policy center at the Urban Institute, who coauthored the Commonwealth Fund report, was skeptical that such savings could be easily achieved, especially over a short period of time.”This would be fought tooth and nail by drug manufacturers,” he said, noting that many countries with single-payer health care, like Canada, started their programs 50 or 60 years ago. “They’re not used to getting the money our providers get,” he said.”Our view is that it just wouldn’t be feasible,” he added.Then there’s the problem of people who currently work in health care administration jobs, such as health care billing, losing their jobs under a single-payer system.”We build in to our Medicare for All program a transition fund of many, many billions of dollars that will provide for up to five years income and health care and job training for those people,” Sanders said during the Jan. 14 Democratic debate, when asked how his single-payer plan would affect the health insurance industry.In Cai’s opinion, it’s important to keep those lost jobs and high overall price tags in perspective. “There’s pretty strong evidence that moving to a Medicare for all, single-payer system would save money,” he said.”But a lot of the information out there would make you think the opposite. With any kind of reform, we should have an honest debate. We shouldn’t be saying this is going to cost more when that’s not what the evidence says.”Copyright © 2020, ABC Audio. All rights reserved.