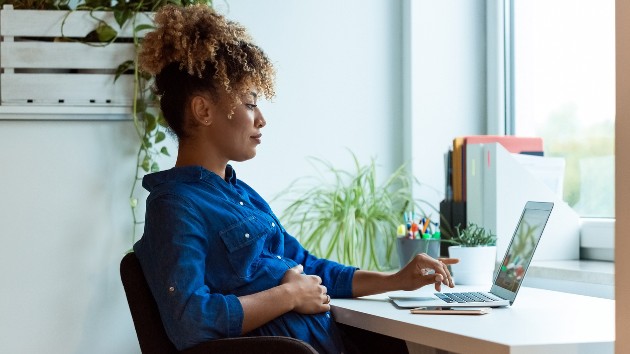 izusek/iStock(NEW YORK) — Being a woman in the United States is not the best place to be in the world, according to a new ranking of countries. The U.S. lags in 15th place in a best countries for women ranking released Wednesday by U.S. News and World Report. The U.S. — where there is a gender pay gap and no mandated paid maternity leave — also places out of the top 10 in U.S. News and World Report’s rankings of best countries for raising kids and out of the top five in the publication’s list of top countries for gender equality.The top three countries for women in U.S. News and World Report’s 2020 rankings are Denmark, Sweden and the Netherlands, in that order. Sweden tops the rankings of top countries for gender equality, followed by the Netherlands and Denmark. The three Nordic countries also all rank at or near the top on other lists including top countries that care about the environment, best countries for raising kids and best quality of life. “Global perceptions of a country tend to be deeply ingrained in history,” Deidre McPhillips, senior data editor at U.S. News & World Report, told ABC News’ Good Morning America. “Women often held authority in the age of Vikings and Nordic societies were among the first to allow women to vote.” “But perhaps the strongest driver of outside views of a country are the internal perceptions among people who call the country home,” she said. “In Norway, Sweden, Finland and Denmark, 95% of survey respondents agree that women should be entitled to the same rights as men, above the global average of about 90% and significantly higher than lows of about 80% in Egypt, Saudi Arabia and Japan.”In the U.S., 90% of those surveyed agree that women should be entitled to the same rights as men, but just about 66% agree that women actually have the same economic opportunities as men, according to McPhillips. Women in the U.S. earn around 80 cents for every dollar their male coworkers make, in a phenomenon known as the gender pay gap, a divide that gets worse for women with more education. Among workers in the U.S. with a bachelor’s degree, women earn 74 cents for every dollar men make, compared to 78 cents for those without a bachelor’s degree, according to U.S. Census Bureau data, a significant disparity as more women than ever are college-educated. In addition to taking into account income equality in its 2020 rankings for best countries for women, scores from female responders on four other attributes — gender equality, human rights, progressiveness and safety — were averaged to get the rankings for best countries for women. Overall, U.S. News and World Report’s 2020 Best Countries report evaluated 73 nations across 65 different metrics using a survey of more than 20,000 global respondents that live across 36 countries. Denmark, which ranked first both in best countries for women and best countries for raising kids, offers parents 52 weeks, or one year, of paid parental leave. The U.S. is the only country among 41 industrialized nations that does not mandate paid maternity leave, according to data from the Organization for Economic Cooperation and Development (OECD). Just 15% of all private workers in the U.S. have access to any paid family leave, according to data from the U.S. Bureau of Labor Statistics (BLS). “In many of the countries that top the best countries for women ranking, perceptions tend to align with reality,” said McPhillips. “Quantitative measures of gender parity in employment, educational attainment, health and political involvement … consistently find Nordic nations toward the top. These countries also tend to have generous parental leave and childcare policies.” Switzerland, which ranks seventh on the best countries for women list, is No. 1 in the overall best countries ranking for the fourth year in a row. The U.S. improved this year on the overall ranking, moving up to No. 7 but still falls several spots behind the No. 4 rank it had in U.S. News and World Report’s inaugural 2016 Best Countries report. Copyright © 2020, ABC Audio. All rights reserved.