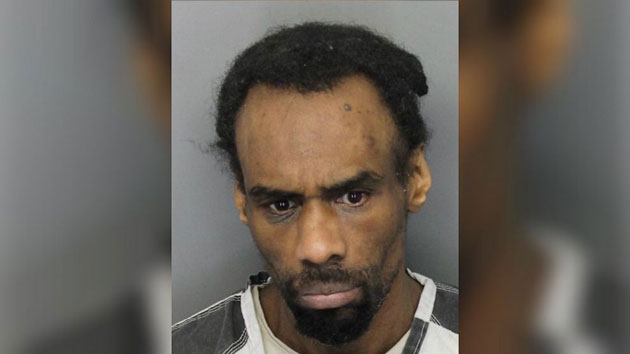 Fairfield Police Department(FAIRFIELD, Calif) — A convicted sex offender has been arrested after trying to break into a California woman’s home without any pants as he tried to sneak into the house through the doggy door.The incident occurred on the evening of Jan. 8 when 48-year-old Leroy Vance of Fairfield, California, was spotted in the yard of a local woman who immediately called police for help.While she was on the phone with police dispatchers, she allegedly witnessed the man starting to take off his pants and approach the home like he was going to enter through a pet door.Officers arrived at the residence shortly after the Fairfield woman placed the emergency call, and attempted to apprehend the suspect before he fled on foot. Police chased him and were able to arrest Vance a short distance away from the home.When authorities ran a background check on Vance after his arrest they discovered that he was wanted for violating his parole for a drug sales offense and that he was required to register as a sexual assault offender as well. They also found that Vance had managed to cut off the ankle monitor he was required to wear.Vance was booked into the Solano County Jail for parole violation, possession of methamphetamine, criminal trespass, and resisting arrest.“Luckily, [the victim] was able to locate the subject on her property, stay inside her residence and call us,” said the Fairfield Police Department in a statement. “She provide [sic] detailed information to assist in our response and officers were there in under two minutes. Officers obviously cannot be everywhere all the time, but while working together we were able to resolve the incident and arrest the offender quickly.” Copyright © 2020, ABC Audio. All rights reserved.