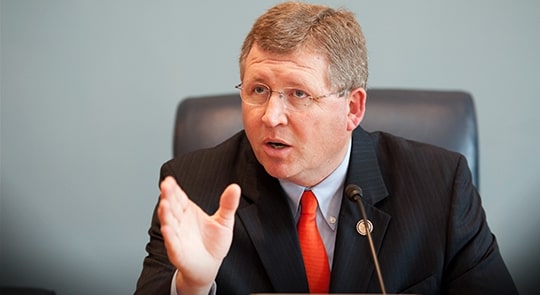 Congressman Frank Lucas released the following statement after President Donald Trump and China’s Vice Premier Liu He signed the first phase of a trade deal between the United States and China:

“Beginning in 2015, then presidential-candidate Donald Trump promised to defend America’s farmers and workers and renegotiate the unfair trade policies between the United States and our trading partners. Since then, President Trump and his Administration have stood behind that promise and today, are delivering a strong and enforceable commitment from China leveling the playing field for America’s farmers, workers, manufacturers, and businesses.

In 2018, Oklahoma exported $239 million worth of goods to China, including $96 million worth of agricultural products. Today’s agreement is positive news for Oklahoma’s farmers and ranchers and begins the process of holding China accountable to its trade commitments.

I commend the President for his work on delivering free, fair, and reciprocal trade between our trading partners and I look forward to working on behalf of all Oklahomans as the Administration expands global markets for our nation’s farmers and workers.”