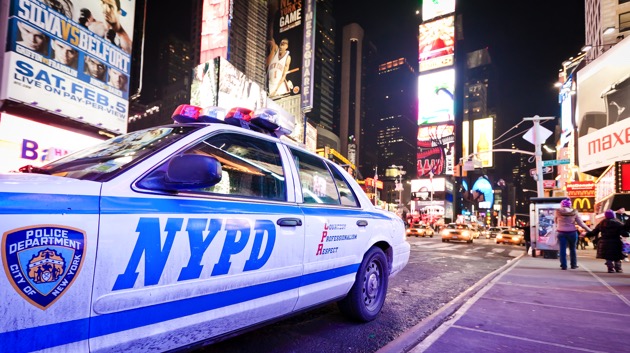 duha127/iStock(NEW YORK) — The acting head of U.S. Immigration and Customs Enforcement is expected to speak out against New York City’s controversial sanctuary policy amid an ongoing dispute between city and federal officials over the sexual assault and murder of an elderly Queens woman allegedly by an undocumented immigrant.Acting ICE Director Matthew Albence is expected to hold a press conference at 11 a.m. to “address how sanctuary policies in both New York City and the state of New York impact public safety,” the agency said in a statement Thursday.Sanctuary cities, such as San Francisco and New York City, do not cooperate with the federal government in complying with ICE requests. President Donald Trump and his administration have repeatedly derided the policy.The visit comes amid a well-publicized battle between city and federal officials over the death of 92-year-old Maria Fuertes, who was fatally attacked outside of her home earlier this month by a man who was in the country illegally, authorities said. Police charged Reeaz Khan, a 21-year-old Guyanese national, in connection with her death on Jan. 10.Federal immigration officials said they lodged a detainer against Khan in November when he was arrested for allegedly stabbing his father with a broken coffee cup, but the city did not surrender him to federal agents, consistent with its sanctuary policies, according to ICE.”It is made clear that New York City’s stance against honoring detainers is dangerously flawed,” Thomas Decker, ICE’s field office director for Enforcement and Removal Operations in New York, said in a statement Monday. “It was a deadly choice to release a man on an active ICE detainer back onto the streets after his first arrest included assault and weapon charges, and he now faces new charges, including murder.””New York City’s sanctuary policies continue to threaten the safety of all residents of the five boroughs, as they repeatedly protect criminal aliens who show little regard for the laws of this nation,” he added.He said the city releases “hundreds of arrestees” each month with pending charges and/or convictions “to return back into the communities where they committed their crimes, instead of being transferred into the custody of ICE.””Clearly the politicians care more about criminal illegal aliens than the citizens they are elected to serve and protect,” Decker said.New York City officials disputed claims that the police department ignored a detainer request to turn over Khan for possible deportation. They also accused the Trump administration of politicizing the elderly woman’s death.”We mourn with the family of Ms. Fuertes. If Mr. Khan is convicted, the city will cooperate with federal officials in accordance with local law,” Olivia Lapeyrolerie, a spokesperson for New York City Mayor Bill de Blasio, said in a statement. “It is shameful that the Trump Administration is politicizing this tragedy.”Mayor de Blaiso defended the city’s sanctuary laws Wednesday on Twitter when acting Homeland Security Secretary Chad Wolf suggested that the policy had caused “a complete breakdown of law and order in New York City.””There has been a complete breakdown of law & order in New York City,” Wolf tweeted. “NYC proudly passed sanctuary city laws & bragged about it for months. But now they, & more importantly, the citizens of NYC are facing the deadly consequences of the sanctuary policies.”In response, de Blaiso touted the city’s low crime rate and quipped that President Donald Trump should “quit spreading lies about the good work of the NYPD.”

The last time crime was as low in New York City as it is right now, the Dodgers were in Brooklyn and your boss was in Queens — and in diapers. If you’re serious about keeping our country safe, quit spreading lies about the good work of the NYPD. https://t.co/cfua03lGWn

“New York City has passed its own common-sense laws about immigration enforcement that have driven crime to record lows,” he tweeted.”The Trump administration’s scare tactics destroy trust in law enforcement. The day our police ask for immigration status is the day people stop reporting crimes & sharing information,” he added in another tweet.Copyright © 2020, ABC Audio. All rights reserved.