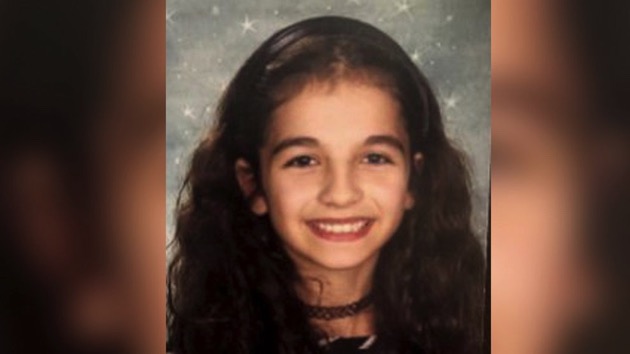 Massachusetts State Police(BRIMFIELD, Mass.) — Benny Correa and his wife Amanda Disley were driving home from dinner with their family on Wednesday night when they spotted a familiar-looking car on the road near Brimfield, Mass.A dark blue Honda Civic with tinted windows and distinctive wheel rims had crossed in front of their vehicle and the couple immediately recognized it as the one authorities were searching for in the abduction of 11-year-old Charlotte Moccia. A knife-wielding man had allegedly grabbed the girl and forced her into his car earlier that day, just after she got off the school bus in Springfield, about 30 miles west of Brimfield.”We just had a gut feeling it was the car,” Disley told ABC News in an interview that aired Friday on Good Morning America.After calling 911 and double-checking the photo of the suspect’s vehicle released by the Massachusetts State Police, the couple embarked on a hot pursuit with their five children in tow, determined to save the life of another.”It was just an instinct of fight or flight that kicked in,” Disley said.The suspect’s vehicle started to pick up speed, but Correa put the pedal to the metal and went after the car, even running a red light, in an effort to get close enough to read the license plate. Meanwhile, Disley remained on the phone with the 911 dispatcher, telling them what street they were on.”I cut off people and I got up close to the car,” Correa said. “I had to do what I had to do, being a father.”Disley told ABC News that her husband slowed down and looked both ways as he ran the red light to ensure they wouldn’t get hit by other cars.”We would never put our kids’ lives in danger,” she added.The couple were able to read the license plate and reported it to the 911 dispatcher on the phone. Disley said they also saw “someone getting pushed down under the back seat” of the suspect’s car as it passed under a street lamp.The family ultimately had to end their pursuit as they ran out of gas. But police had already sprung into action.Massachusetts State Police troopers used a road construction site along the Massachusetts Turnpike to funnel traffic into one lane, slowing down traffic to a crawl. They spotted the suspect’s car, stopped the vehicle, found Charlotte in the back seat, 24-year-old Miguel Rodriguez in the driver’s seat and a knife visible in the pocket of the door. One officer got Charlotte out of the car safely, while two others removed Rodriguez at gunpoint.Charlotte told the troopers on scene that Rodriguez had pointed a knife at her and told her that if she screamed or tried to escape then he would kill her, according to the arrest warrant. The girl was taken to a local hospital for a precautionary evaluation.”It was an absolute life and death situation for this little girl,” Springfield Police Commissioner Cheryl Clapprood told ABC News.Rodriguez, a Springfield resident, was taken into custody on several charges including aggravated kidnapping and assault by means of a dangerous weapon, according to the arrest warrant. A judge denied him bail on Thursday.”We’re eternally grateful to the motorists that paid attention to the Amber Alert and called and reported seeing the vehicle,” Massachusetts State Police Lt. Charles Murray said. “There were a number of those calls and they made this rescue possible.”Charlotte’s parents, Carl and Denise Moccia, issued a statement thanking police, news outlets, family, friends, neighbors and the greater community, all of whom “got the word out to help bring Charlotte home.””In particular we’d like to thank Amanda Disley and her husband for their vigilance and courage for putting themselves in harm’s way to make sure she wasn’t out of their sight,” the parents said. “The outpouring of love and support, near and far, is overwhelming. We are eternally grateful.”