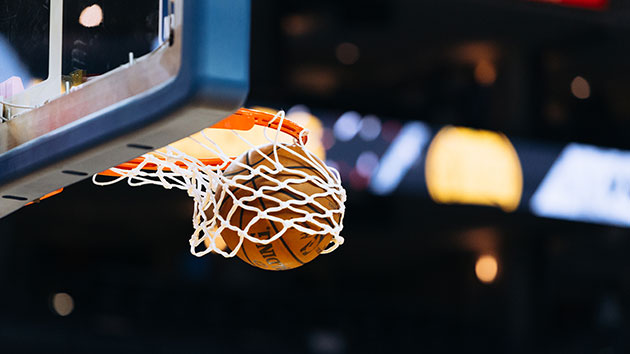 iStock(NEW YORK) — NBA player Chandler Parsons was in a potentially career-ending car accident, reportedly involving a driver who was under the influence, according to the law firm Morgan & Morgan.Chandler, who is a small forward with the Atlanta Hawks, was reportedly driving home from practice around 2 p.m. on Jan. 15 when his vehicle was struck. Parsons, according to his attorneys, “suffered multiple severe and permanent injuries including a traumatic brain injury, disc herniation and a torn labrum.”Parsons’ attorneys, John Morgan and Nick Panagakis, said his injuries could potentially end his nine-year NBA career.”Chandler is having a difficult time accepting the consequence of the defendant’s reckless conduct on the roadway,” his lawyers said in a statement to ABC News.The alleged suspect was not identified by the firm, but it said the driver was arrested and charged with a DUI. The driver who allegedly hit Parsons was unconscious at the wheel when police arrived, according to USA Today, citing an incident report. A 7-Up bottle filled with alcohol was reportedly found in the driver’s seat, the outlet reported.The Hawks, in a statement on the day of the incident, said Parsons was involved in an accident after practice. The team said he was diagnosed with a concussion and whiplash and that he would enter the NBA’s concussion protocol. They announced Monday he was out of their next game with “concussion/whiplash/associated disc injury.”The team has not disclosed any further details about his injuries or the crash.”Chandler was in peak physical condition at the time of the wreck,” Parsons’ legal team said in a statement. “He is now working with a team of doctors to regain his health, and at this time, his ability to return to play is unclear. Our focus right now is on helping him make a full recovery, while we also work to hold any and all responsible parties fully accountable.”Parsons is on the last year of a four-year, $94 million contract. He was traded from the Memphis Grizzlies to the Hawks prior to the start of the 2019-2020 NBA season.The forward was selected by the Houston Rockets in the first round of the 2011 NBA Draft. He has also played for the Dallas Mavericks. In college, Parsons was named an NCAA All-American while playing for the Florida Gators. Copyright © 2020, ABC Audio. All rights reserved.