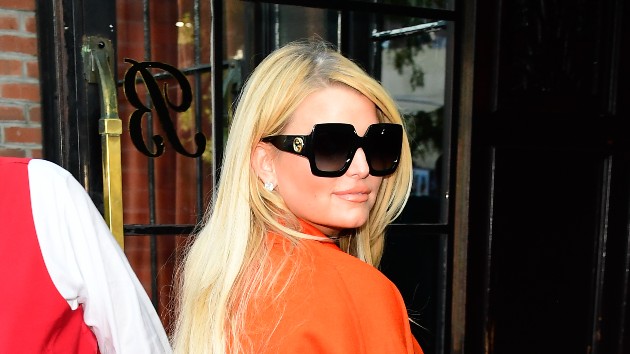 Photo by Raymond Hall/GC Images(LOS ANGELES) — While Jessica Simpson has generally enjoyed a squeaky-clean image, she admits in a new memoir that her real life was anything but.

She tells People she’d been approached to write a “living your best life” type of book, but said she couldn’t bring herself to do it. “I’m a horrible liar,” Simpson said.

Instead, her new memoir, Open Book, details for the first time that she’d been sexually abused by the daughter of a family friend when the singer, actress and entrepreneur-to-be was just six years old.

Jessica didn’t tell her parents what happened until she was 12. Even then, she explained, “Dad…said nothing. We never stayed at my parents’ friends house again but we also didn’t talk about what I had said.”

As she grew up, Simpson says she self-medicated to dull the pain of the abuse, as well as the stress of fame.

“I was killing myself with all the drinking and pills,” she admitted, explaining she got clean and sober in 2017 and never looked back.

But Jess had to hit bottom first — and that came after a Halloween party at her house that year, when she realized, “I need to stop. Something’s got to stop. And if it’s the alcohol that’s doing this, and making things worse, then I quit.”

She added, “Giving up the alcohol was easy,” she says. “I was mad at that bottle. At how it allowed me to stay complacent and numb.”

Simpson also talks about her three-year marriage to Nick Lachey, and her life now with her “soul mate,” Eric Johnson, whom she married in 2014. The pair have three kids: 7-year-old daughter Maxwell, a six-year-old son Ace, 6, and baby girl Birdie, who’s 10 months old.

In Brief: More awards for ‘Banshees’ ahead of Oscars, and more