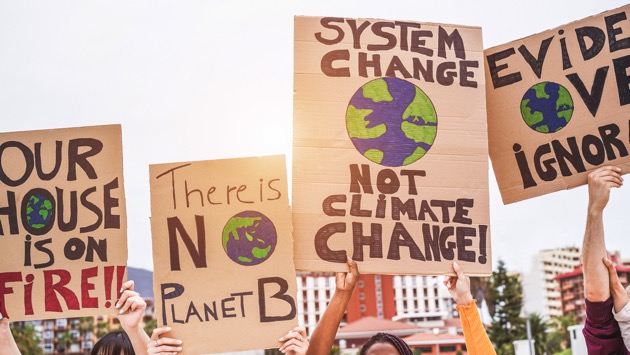 DisobeyArt/iStock(DAVOS, Switzerland) — Greta Thunberg joined fellow activists in a climate strike Friday, capping off her time in Davos, Switzerland, for the World Economic Forum, where she continued her push for climate change action.Earlier that day, Thunberg once again called out world and business leaders for their inaction on the issue.”As long as the science is being ignored, as long as the facts are not being taken into account and as long as the situation is not being treated as a crisis, then world and business leaders can of course continue to ignore the situation,” she said at a news conference.Thunberg, 17, of Sweden, also spoke about U.S. Treasury Secretary Steve Mnuchin suggesting she go to college for economics and then “come back and explain that to us.”When asked if the comment had any effect on her, she matter-of-factly replied: “Of course, no effect.””We are being criticized like that all the time,” Thunberg said at the news conference onstage with four other campaigners. “Of course, if we could care about that then we wouldn’t be able to do what we do.”Thunberg is currently taking a gap year from school to focus on her activism.The World Economic Forum began Tuesday. A major focal point at the conference, which brings together world leaders at the beginning of the year to discuss global, regional and industrial agendas, was climate change.Copyright © 2020, ABC Audio. All rights reserved.