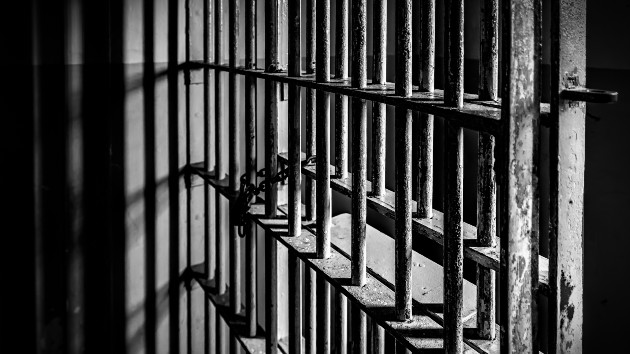 DanHenson1/iStock(WASHINGTON) — A Libyan man was sentenced to more than 19 years in prison on Thursday for his role in the 2012 terrorist attack on two U.S. government facilities in Benghazi that killed four Americans. Mustafa al-Imam, 47, was captured in Libya in October 2017 and subsequently brought to the United States to face trial in federal court in Washington, D.C. Following a six-week trial last year, al-Imam was convicted by a jury in June of one count of conspiracy to provide material support or resources to terrorists and one count of maliciously destroying and injuring dwellings and property, and placing lives in jeopardy within the special maritime and territorial jurisdiction of the United States. However, the jury was deadlocked on more than a dozen other charges, including murder in relation to the deaths of U.S. Ambassador Christopher Stevens and three other U.S. government personnel. “We have not rested in our efforts to bring to justice those involved in the terrorist attacks on our facilities in Benghazi, which led to the death of four courageous Americans — Tyrone Woods, Sean Smith, Glen Doherty and Ambassador Christopher Stevens — and we never will,” John C. Demers, assistant attorney general for national security, said in a statement Thursday. “Those responsible for these crimes must be held accountable.”U.S. District Judge Christopher R. Cooper, who presided over the case, sentenced al-Imam to 19 years and six months in prison, according to a press release from the U.S. Department of Justice. Federal prosecutors, who argued that al-Imam acted as the “eyes and ears” of the mastermind behind the attacks, had sought the maximum sentence of 35 years. “Mustafa al-Imam played a significant role in the 2012 Benghazi attack, one that ultimately claimed American lives,” William F. Sweeney, Jr., assistant director in charge of the FBI’s New York field office, said in a statement Thursday. “While nothing will ever change the outcome of this horrific event, today’s sentencing is a reminder that the safety of Americans — whether at home or abroad, civilian or otherwise — will always be our top priority. If you commit an act of terrorism, we will find you and bring you to justice.”An attorney for Al-Imam did not immediately respond to ABC News’ request for comment Friday morning.On the night of Sept. 11, 2012, a group of militants stormed the U.S. Special Mission in Benghazi and set buildings on fire, according to prosecutors, who showed surveillance video from the area at that time. The ambassador, Stevens, and Smith were both killed. Another U.S. government personnel was injured while trying to rescue them, prosecutors said. Prosecutors allege that al-Imam arrived at the scene shortly after the siege began, accompanying Ahmed Abu Khatallah, the militia leader who orchestrated the attack who was sentenced to 22 years in prison in 2018. Al-Imam allegedly maintained contact with Khatallah in a series of cellphone calls throughout the attack, according to prosecutors, who cited phone records.Prosecutors allege that al-Imam, Khatallah and other militants later entered the mission’s office and took sensitive information, including maps and other documents related to the location of the nearby CIA Annex.Following the siege on the mission, the militants attacked the CIA Annex in Benghazi, first with gunfire and then with a precision mortar round, leading to the deaths of two more Americans. Two other U.S. personnel were seriously wounded while defending the annex but survived, prosecutors said. “The tragic loss of four American lives in the Benghazi attacks will never be forgotten and today’s sentencing of Mustafa al-Imam is an important reminder of that,” Jay Tabb, executive assistant director of the FBI’s National Security Branch, said in a statement Thursday. “The FBI is committed to investigate and bring to justice all individuals involved in acts of terrorism against U.S. facilities or citizens and will use the full range of our resources to pursue such cases.” Copyright © 2020, ABC Audio. All rights reserved.