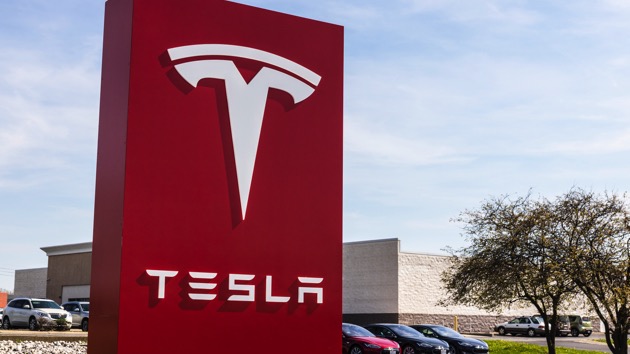 jetcityimage/iStock(NEW YORK) — The U.S. electric car company Tesla has topped Germany’s Volkswagen to become the second most valuable automaker in the world.The electric car maker’s market value surpassed the $100 billion mark this week, overtaking Volkswagen’s approximate $99 billion. Both car companies still trail far behind the value of Japan’s Toyota, which has a market cap of more than $234 billion.Tesla, a relatively new player to the industry, was founded by CEO Elon Musk in 2003. Volkswagen’s history dates back to 1930’s Germany.Surpassing the $100 billion market cap could mean a big pay bump for Musk, potentially unlocking a pay package worth more than $50 billion for the CEO, the Wall Street Journal reported.Stock for Tesla has soared in recent months, more than doubling in value since late October 2019. The market rally may have been driven by news of high third-quarter profits and global expansion — the company successfully opened a Gigafactory in China and announced plans to build one in Germany.Copyright © 2020, ABC Audio. All rights reserved.