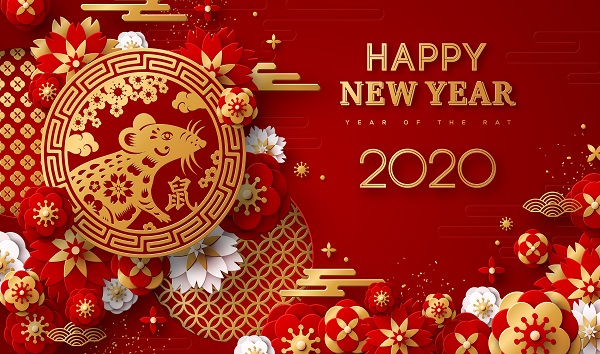 iStock/kotoffei(BEIJING) — Dragons, red envelopes, dumplings, firecrackers, lanterns and rats are all symbolic of festivities tied to Lunar New Year.As millions ring in the Lunar New Year in Southeast Asia, people will be celebrating by spending time together, sharing food and wishing each other good fortune.What is Lunar New Year?Also known as Chinese New Year or Spring Festival in mainland China, the Lunar New Year is a global holiday that celebrates the resetting of the zodiac cycle on the Chinese lunisolar calendar, Jan. 25 through Feb. 8.2020 is the Year of the Rat, which is the first animal in the zodiac and symbolizes hard work, wealth and fertility.Where is Lunar New Year celebrated?Many countries across Asia, including China, Korea, Vietnam, Mongolia and Tibet, hold large celebrations. Large cities around the world, including New York City and San Francisco, hold parades and festivals to commemorate the holiday.How do people celebrate?In China and other East Asian societies, it’s an ancient tradition to gift a red envelope — or hóngbāo — usually filled with some amount of money. The red color symbolizes good luck and prosperity, according to Google Arts and Culture.Firecrackers, red lanterns and elaborate firework displays are also a large part of the Lunar New Year spectacle around the world.Togetherness is a key component of the holiday, and many families come together to start the new year off by preparing and enjoying a meal that will bring them luck, good health and prosperity.What do people eat for Lunar New Year?Lunar New Year is filled with a variety of foods, from dumplings to longevity noodles, and although both are prepared differently across different cultures, the dishes hold significant symbolism that represents longevity and prosperity, according to Google trends data.”Korean families gather together to make mandu, like 200 or 500,” Korean chef Inui Cho told ABC News, recalling her fondest memories of celebrating the holiday. “It’s like traditional culture of the family.”Cho grew up in Suwon, Korea, and built her culinary career with a deep appreciation for cultural culinary traditions. After attending Le Cordon Bleu in Korea, Cho worked in an array of renowned kitchens for Chef Daniel Boulud before becoming the corporate chef for CJ Cheiljedang at their headquarters in Seoul.Chef Cho’s famous Bibigo Mandu, a traditional Korean-style dumpling filled with beef and vegetables, has become the brand’s most popular recipe that’s used by home cooks and chefs globally and is a staple on Lunar New Year.”Korean dumpling is a little different than Chinese dumpling,” she said. “They use just pork or chicken, but the Korean dumpling is a wholesome one that adds vegetables and the protein, and everything is filled inside a thin wrapper.”Happy Lunar New Year!Copyright © 2020, ABC Audio. All rights reserved.