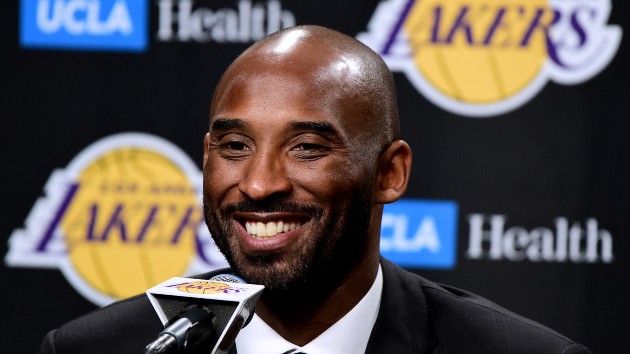 Harry How/Getty Images(NEW YORK) — Former Los Angeles Lakers player Derek Fisher is speaking out on the death of his former teammate, Kobe Bryant and Bryant’s 13-year-old daughter, who died alongside him in a helicopter crash Sunday.”It was a blessing to be able to watch someone on a daily basis strive to be the best at what they do, to be the best in the world at what they do. That’s who he was and always will be to me,” Fisher told ABC News’ Good Morning America Monday.””My heart just hurts for his family and for fact that he is no longer with us,” he added.The nine people on board died in the crash occurring in the wealthy Southern California residential neighborhood of Calabasas, including 41-year-old Bryant. The tragedy rocked the basketball community as well as fans across the nation.Bryant was a 5-time NBA champion during his 20-year career with the Lakers.Fisher, who is now coach of the WNBA’s Los Angeles Sparks, said that off the court, Bryant still wanted to be the best whether it be as a family man, or in his work with girls’ basketball.”With all humans there are different versions [of us] as we grow and evolve. To be with Kobe from his rookie year in 1996 to the Kobe in 2004 to the Kobe in 2010, his evolution as a husband and as a father and as a man that wanted to impact the community of basketball, to think about what he has committed himself to in terms of young girls and women in the sport of basketball,” Fisher said.Back in 2018, Bryant revealed that he started coaching Gianna’s middle school team when he retired in 2016.”I want us to continue to push for what he was most recently striving for in terms of equity and opportunity for young girls, for girls like his daughters that are still with us,” Fisher added. “For girls like my daughters, for women to-come. He didn’t just talk about those things. He lived it. Very similar to what he did on the court, he didn’t talk about being great. He worked at it everyday.””That’s what I want people to remember about his life off the court as well,” he continued. Copyright © 2020, ABC Audio. All rights reserved.