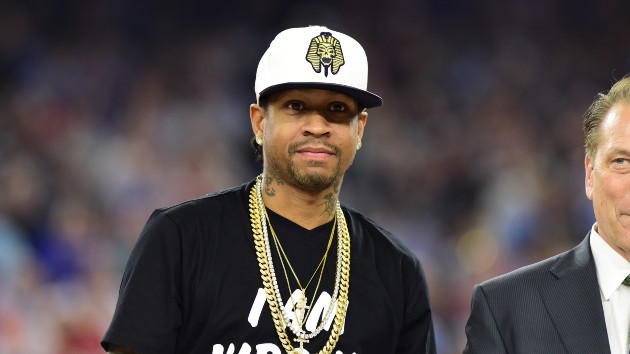 Phil Ellsworth / ESPN Images(PHILADELPHIA) — Former Philadelphia 76ers superstar Allen Iverson has reportedly had an estimated half a million dollars of jewelry belonging to him stolen from a Philadelphia hotel.The incident occurred on Monday at approximately 10:30 a.m. at the Sofitel Hotel in downtown Philadelphia, according to ABC News’ Philadelphia station WPVI-TV.Sources confirmed to WPVI that the suspect removed an estimated $500,000 worth of jewelry from a backpack belonging to Iverson before making his escape.Iverson was not present at the time of the theft.The suspect has been described by authorities as a 20-year-old man who is about six feet tall with a slim build. He was last seen wearing a red shirt with dark pants and black and white sneakers with a dark-colored jacket.Iverson, 44, was inducted into the NBA Hall of Fame in 2016 after a 14-year career playing for the Philadelphia 76ers, Denver Nuggets and Memphis Grizzlies. He won the 2001 NBA MVP award, was an 11-time All Star and also won Rookie of the Year honors in 1997.ABC News has reached out to the Philadelphia Police Department for comment and there was no immediate response. Copyright © 2020, ABC Audio. All rights reserved.