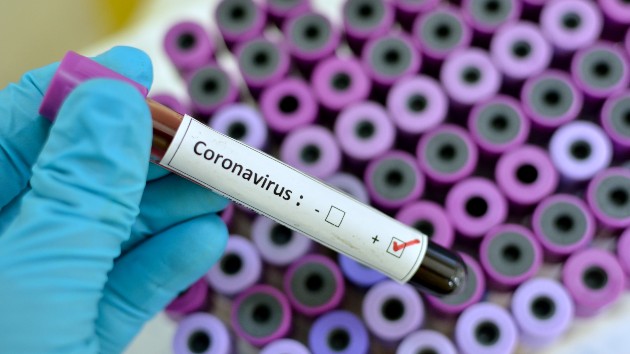 jarun011/iStock(NEW YORK) — The death toll from the novel coronavirus has continued to climb in China as the outbreak spreads, with now at least 106 people dead and over 4,500 confirmed cases.The number of dead from the new viral disease includes the first death in the Chinese capital, Beijing, along with two dozen others in central China’s Hubei province, where the first cases were detected in December.The epicenter of the outbreak is in Wuhan, the sprawling capital of Hubei province, which Chinese authorities have placed on lockdown in an effort to contain the disease. With the influx of patients seeking treatment, the city is racing to build a brand new 1,000-bed hospital, which is slated to be completed by Feb. 3. A second 1,300-bed hospital is expected to be finished later in February.Hong Kong leader Carrie Lam announced at a press conference Tuesday that train service to mainland China will be halted, starting at midnight Thursday. Lam said two train stations connecting the semi-autonomous Chinese city to the mainland would also be closed and some flights would be cancelled.The outbreak has also spread overseas, with cases confirmed in more than a dozen other countries, including five people in the United States.The U.S. Consulate in Wuhan will evacuate its staff along with their families and some other Americans on Wednesday morning, a spokesperson for the U.S. Department of State. The spokesperson told ABC News that the charter flight will travel to California’s Ontario International Airport, where all those on board will be screened for symptoms at the airport prior to leaving and also will be subject to additional screening, observation and monitoring requirements by the U.S. Centers for Disease Control and Prevention.The U.S. Department of State issued a new travel advisory on Monday urging Americans to reconsider travel to any part of China due to the disease, rather than just Wuhan and other affected areas. U.S. citizens are advised not to travel to Hubei province.The new coronovirus causes symptoms similar to pneumonia that can range from mild, such as a slight cough, to more severe, including fever and difficulty breathing, according to the U.S. Centers for Disease Control and Prevention. Copyright © 2020, ABC Audio. All rights reserved.