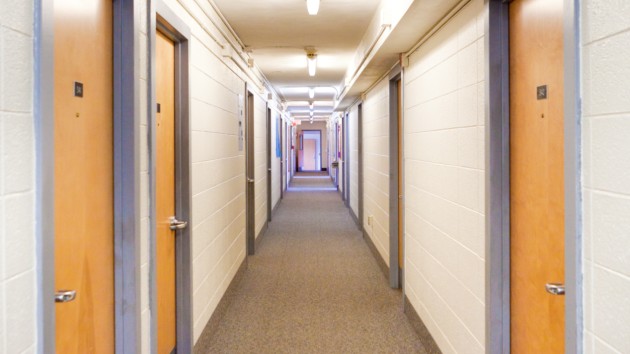 YinYang/iStock(BOSTON) — Officials at Emerson College in Boston have launched an investigation after a dormitory was vandalized with racist slurs toward Asian students this week, just days after swastikas were found elsewhere on the campus.Employees at the Little Building residence hall discovered the “hateful graffiti” on multiple room doors on Friday, Emerson President Lee Pelton said in a statement Sunday.Pelton said the racist words were “unworthy of repeating” and cause harm to Asians and Asian Americans within the school community. The occupants of the vandalized spaces were of varied cultural backgrounds, he said.The offensive graffiti was reported to the school’s police department and immediately removed, according to the statement.”Such cowardly acts will not change who we are,” Pelton said. “Emerson will remain a welcoming place for all, not only in theory but in practice, and we will rise above these incidents, which seek to instill fear, disrupt our community, and challenge our values.”He said he did not want to spotlight every incident of offensive graffiti on campus, but noted that this was the second report of graffiti featuring “the same offensive language” in that dormitory.The incident is under investigation and anyone with information is urged to contact campus police.The school is also investigating a separate racist incident that was reported three days earlier. Four swastikas were found drawn in stairwells in another dormitory on Jan. 21 with school officials yet to find the person responsible Monday evening.”I am deeply troubled that this vandalism follows so closely on the heels of anti-Semitic symbols found in another residence hall,” Pelton said. “Such violation of student space, with apparent disregard for how this language can cause harm, is unacceptable.”He said students directly affected by the incidents had been offered support. Copyright © 2020, ABC Audio. All rights reserved.