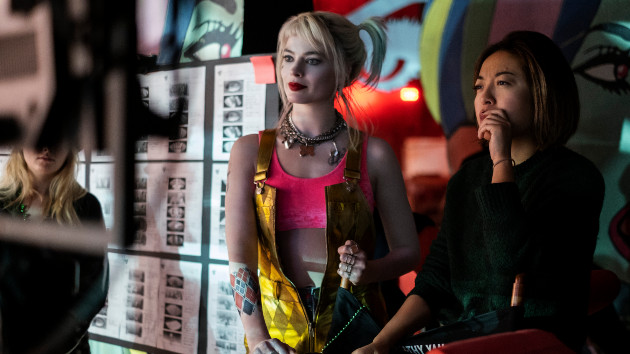 Cathy Yan, who only had the small-budget feature Dead Pigs under her belt, recalls to Variety she “never” thought she’d land the job.

Birds of Prey not only stars a predominantly female cast, led by Margot Robbie’s Harley, a Suicide Squad favorite, but was also produced by her and written by a woman, Christina Hodson.  A friendly coffee with Yan led to Hodson suggesting she direct.

“[S]he was like, ‘Well, how about you?"” recalls Yan. “It took me aback, because I didn’t really think that I could do something like that…” On directing, the Asian-American admitted, “I’d never seen anyone who looked like me do it.”

Yan tells Variety she reached out to Patty Jenkins, director of both of WB’s Wonder Woman movies, for advice.

“I’m like, ‘What am I doing?’ Yan recalls with a laugh. “She told me, ‘You’ve got to remember that no one knows this movie as much as you. That’s what makes you the director.’ And that was really, really helpful.”

The fact that Birds of Prey and Wonder Woman 1984, as well as Marvel’s Black Widow and The Eternals, feature female directors, is “pretty freaking amazing,” Yan enthuses.

“I remember when I was just starting off being told, “Actually, we’ve been looking for female directors, but there aren’t that many that want to do action movies.” I remember thinking, ‘I do! I love action movies.’ Women are capable of this.”