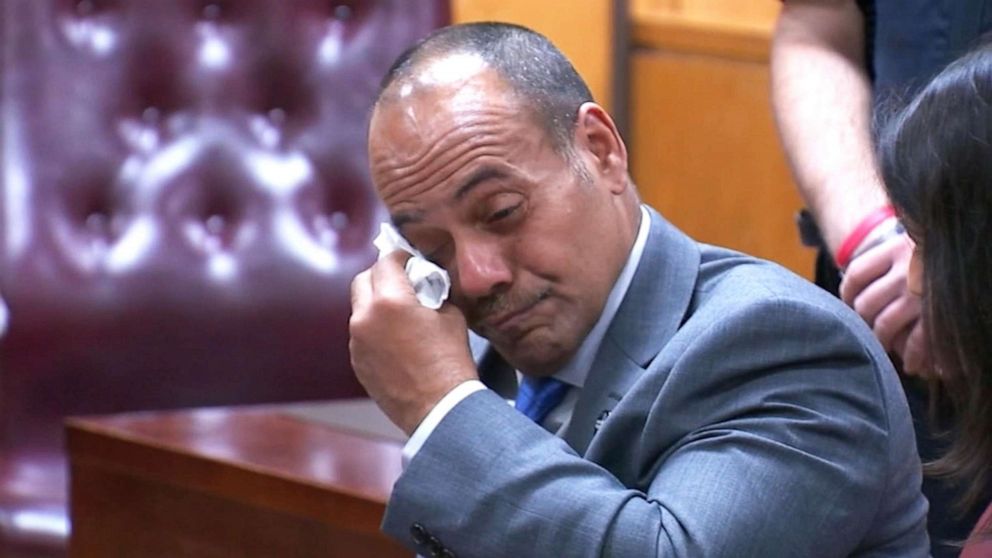 WABC(NEW YORK) — A Bronx, New York, man spent the last 35 years proclaiming his innocence to prosecutors, his defense attorney, in appellate court documents and to the parole board.Rafael Ruiz was sentenced to 8 1/3 to 25 years in prison after a Manhattan jury convicted him in 1987 for sexually assaulting a woman in East Harlem.Ruiz, now 60, served every year of his sentence at various upstate New York prisons until April 29, 2009, when he walked out of Orleans Correctional Facility. Fast forward to Wednesday, prosecutors from the Manhattan District Attorney’s Conviction Integrity Program agreed to toss Ruiz’s conviction after newly tested DNA evidence did not place him at the scene of the crime or the assailant.Before his release, Ruiz was eligible to get out of prison on parole since August 28, 1992, but every time he was presented to the state’s parole board he refused to admit his guilt to a crime he did not commit.”Parole is the release of a prisoner to supervision in the community after he/she has completed a part of his/her sentence in an institution,” according to the United States Department of Justice.Members of the state’s Board of Parole are appointed by the governor. They base their decision to release an inmate on a variety of factors including the facts and circumstances surrounding the conviction, statements made by victims and victims’ families, as well as an individual’s criminal history, institutional accomplishments, potential to successfully reintegrate into the community and perceived danger to public safety.Inmates, especially innocent ones, feel pressure to admit their guilt to the parole board just to get out, according to Daniel S. Medwed the author of The Innocent Prisoner’s Dilemma: Consequences of Failing to Admit Guilt at Parole Hearings.The state’s Parole Board confirmed that Ruiz appeared nine times throughout his prison sentence.”He went to the parole board about seven to nine times and consistently maintained his innocence, except one time,” Ruiz’s attorney, Seema Saifee, with the Innocence Project, told ABC News on Wednesday.In an act of desperation, Ruiz implicated himself with the sex crime to the parole board “once and only once” in order to get released and see his mother who was dying from cancer, said Saifee.Despite telling the board what they wanted to hear, Ruiz was still denied his freedom.Ruiz was granted 10 minutes of “compassionate release” and was able to see his mother in the hospital before she died in 2006, said Saifee.”Rafael said she barely was able to open her eyes, she said ‘is that my son? is he home?"” Saifee told ABC News.It’s unclear if Ruiz has obtained an attorney to file a lawsuit, but if he does decide to take the civil routine, Saifee said: “he has the right and legal opportunity to.”