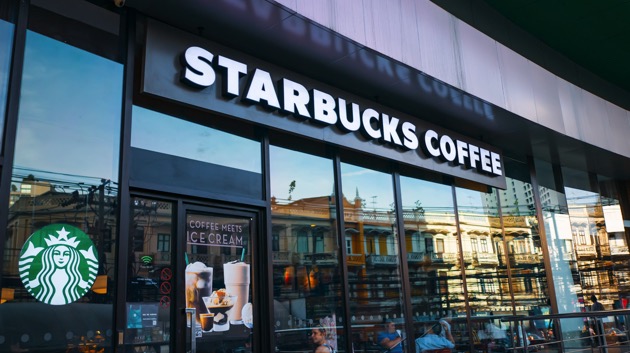 Wachiwit/iStock(NEW YORK) — Apple, McDonalds and Starbucks are among the major U.S. companies that have closed locations or reduced service in China amid the spread of the novel coronavirus that’s killed at least 170 people and infected more than 7,700.Industry experts note that with increased globalization, China’s role in the global economy has grown considerably since the SARS outbreak in 2003.”The fear of contagion risk is already evident in global financial markets,” analysts at Moody’s Investor Services wrote in a commentary. “The outbreak will also potentially have a disruptive effect on global supply chains.””Global companies operating in the affected area may face output losses as a result of the evacuation of workers,” the report added. “Companies operating outside China that have a strong dependence on the upstream output produced from the affected area will also be under pressure because of possible supply chain disruptions resulting from temporary production delays.”A handful of international companies already have evacuated foreign staff and closed plants in China, including automakers Honda, Nissan and PSA Group.Starbucks disclosed to investors during a quarterly earnings report earlier this week that more than half of its stores in China were temporarily closed because of the outbreak. The company said the financial impact “cannot be reasonably estimated at this time.”The U.S.-based coffee chain currently operates more than 4,000 stores in mainland China. Starbucks shares have tumbled during trading this week.McDonald’s announced the closing of all stores in Hubei province, near the epicenter of the outbreak in Wuhan, but thousands elsewhere in the country have remained open.”China is a critical market for us and we’re very concerned about the situation over there,” CEO Chris Kempczinski said Wednesday. He added that he predicts the actual impact on business should be fairly small assuming the outbreak is contained.Apple has adjusted its financial forecasts due to the “recently unfolding public health situation in China,” Chief Financial Officer Luca Maestri said.CEO Tim Cook said that the company has closed one retail store in China and others have reduced their operating hours.”We’re taking additional precautions and frequently deep-cleaning our stores, as well as conducting temperature checks for employees,” he said in an investor’s call.”With respect to the supply chain, we do have some suppliers in the Wuhan area,” Cook added, noting they are “working on mitigation plans to make up any expected production loss.”Moody analysts also have predicted the outbreak will affect tourism, both in China and neighboring countries.Disney has temporarily closed two theme parks, in Shanghai and in Hong Kong, as a result of the virus.Many airlines have suspended flights to China, including United, Delta and American. Stocks for all three companies have fallen throughout the week. United, the largest U.S. carrier to China, noted that its reduction of service runs through March 28 and “includes 332 additional roundtrip cancellations.””As the significant decline in demand for travel to China continues, we are implementing a second phase of temporary reductions in service between our hub cities and Beijing, Hong Kong and Shanghai,” United said in a statement. “We will continue to monitor the situation as it develops and will adjust our schedule as needed.”U.S. Commerce Secretary Wilbur Ross courted controversy for his comments Thursday that the coronavirus outbreak could potentially bring jobs back to the U.S. from China.Shortly after, White House economic adviser Larry Kudlow came out saying they were separate issues, telling reporters: “This is not about trade, jobs or any of that.”Copyright © 2020, ABC Audio. All rights reserved.