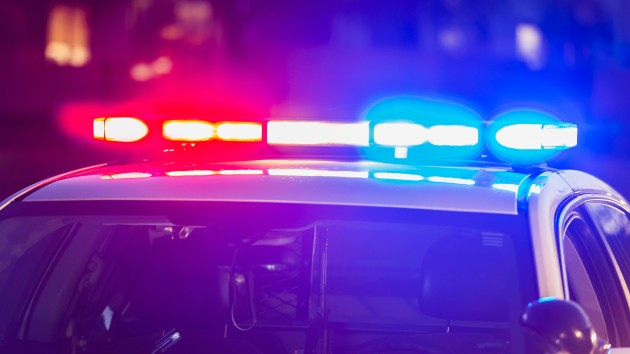 kali9/iStock(MIAMI) — The father of a missing Florida newborn was found dead in his vehicle on Wednesday, a day after he allegedly abducted the 1-week-old baby boy and fled nearly 300 miles.Ernesto Caballeiro, 49, was found dead inside his vehicle on Wednesday afternoon with an apparent self-inflicted gunshot wound from a riffle, according to police. But his 7-day-old son, Andrew, was no where to be found.Caballeiro was discovered in Central Florida inside a white van that had been described as a vehicle of interest in the baby’s abduction. Police had previously said that the baby might be with his father and in danger.Police said they found a pacifier in the car, but saw no sign of the baby in the surrounding wooded area.The Pasco Sheriff’s Office shared images of the vehicle to its Facebook page on Wednesday, asking residents to reach out if they had seen the vehicle within the last 36 hours. The vehicle was found in rural Blanton, Florida, more than 300 miles north of where the baby went missing.”We had the bloodhounds out there searching and the bloodhounds found nothing. There was no indication that the child was in the area,” Pasco Sheriff Chris Nocco told reporters after the discovery. “As many people as we can [get] are out there right now searching. … We’re looking for any signs of this little baby.”Nocco said a witness reported that they saw a blonde-haired woman sitting in the vehicle. He said detectives were speaking with the witness to “try to get a composite to push out there.””I sit here and pray to God that that is true and that she has the baby,” Nocco said. “If that is a true fact and that woman is out there, please come forward. I promise you, all we care about is that little Andrew is OK.”He said his office is working closely with investigators in Miami-Dade County, where the infant was reported missing by family members.Law enforcement officers with knowledge of the investigation told the Tampa Bay Times that Caballeiro was a suspect in the death of baby Andrew’s mother as well as two other women.Family members notified police on Tuesday night, saying they were unable to get in contact with child’s mother, the Tampa Bay Times reported. When police got to the home, they found the three women dead, according to the report.The Miami-Dade Police Department has not publicly referred to Caballeiro as a suspect in the murders. It did not immediately respond to ABC News’ request for comment Wednesday night. Copyright © 2020, ABC Audio. All rights reserved.