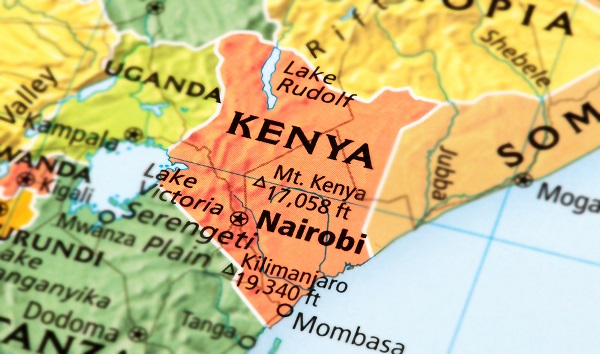 iStock/omersukrugoksu(LONDON) — Kenya’s high court was expected to rule Thursday on whether the government’s plan to assign everyone a unique identification number is constitutional, following a month-long legal challenge by three local civil rights groups.The Nubian Rights Forum, the Kenya Human Rights Commission and the Kenya National Commission on Human Rights collectively sued the Kenyan government last year over its plans to assign each citizen a unique identification number that will be required to access public services essential to everyday life, such as going to school, getting health care, registering to vote, obtaining a driver’s license, opening a bank account and even getting married.The Kenyan government has already begun collecting biometric data for the National Integrated Identity Management System (NIIMS) which, according to the legislation, aims to “create an efficient identity system that will present opportunities for fiscal savings, development of the digital economy and enhanced public and private sector service delivery.” During voluntary registration drives last year, nearly 40 million people had their fingerprints and faces scanned, according to local media reports.The NIIMS would then integrate and consolidate the biometrics into one digital database to produce a unique ID number, known locally as Huduma Namba. Adults must provide a national identity card in order to be issued the new ID, while children must have their birth certificates.The lawsuit contends that implementing NIIMS would disenfranchise members of Kenya’s minority groups, such as the Nubians, who already face difficulties and discrimination when applying for the documents required to get the new ID. Many minorities have failed to register under the current system.”The exclusion and discrimination against the Nubian community whom it is argued do not have national identity cards and/or birth certificates,” the petition states, “hence are disadvantaged by the uneven playing field as far as implementation of the NIIMS system is concerned.”The lawsuit also claims that the legislation introducing the NIIMS was passed without consulting the public, and there are no adequate or proper safeguards for protection of the data collected under the NIIMS; thus it infringes on the constitutional right to privacy.ABC News has reached out to the Kenyan government for comment.Kenya is home to nearly 50 million people, an incredibly diverse population that encompasses dozens of different ethnic groups. The Nubians were first brought to Kenya from modern-day Sudan and southern Egypt by British colonial authorities more than a century ago.Still today, decades after the East African nation gained its independence from Britain, the Nubians’ descendants in Kenya are considered outsiders and struggle to be recognized as full citizens. Other minorities have faced similar treatment, according to civil rights groups. Copyright © 2020, ABC Audio. All rights reserved.