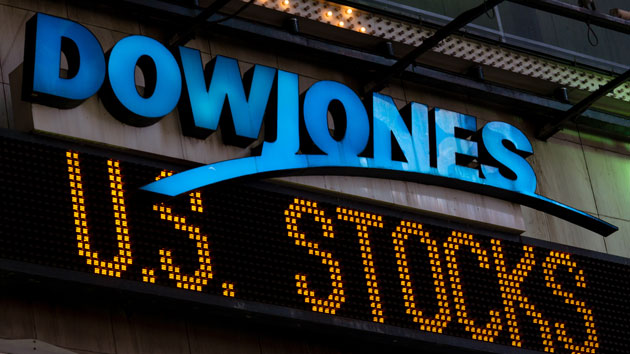 400tMax/iStock(NEW YORK) — The Dow Jones Industrial Average closed down 603 points, about 2%, on Friday, as the novel coronavirus outbreak has stoked uncertainty for investors.The S&P 500 and Nasdaq also tumbled, by 1.8% and 1.6% respectively, after authorities in China said coronavirus cases there now top 9,600. The World Health Organization on Thursday declared coronavirus a public health emergency of international concern, and the U.S. on Friday declared a public health emergency and announced a temporary travel ban.Friday’s drop capped a volatile week for financial markets, which first saw the impact of the coronavirus outbreak on Monday. After a rocky week, the Dow closed down about 290 points from the start of trading Monday. Friday was the worst day for the index since August.”The market is slowly starting to factor in the economic disruption that is likely due to the widespread nature of the outbreak,” Chris Zaccarelli, chief investment officer at the Independent Advisor Alliance, said in a commentary Friday. “Despite an initial sell-off last Friday and this Monday, US equities bounced back on Tuesday and were up for the week until today.”Shares of airlines and fossil fuel companies contributed to the decline. Delta Airlines, American Airlines and United Airlines all announced Friday they’d suspended all flights to China. China is the world’s second-largest oil consumer after the United States, and shares of Exxon and Chevron both took a hit Friday.Shares of Apple, which has manufacturing plants in China, also fell Friday. Shares for Starbucks, which revealed earlier this week that it closed half of its stores in China, also fell.A number of U.S. businesses announced earlier in the week they were temporarily shuttering stores, evacuating staff and closing plants in China amid the outbreak.Depending on the severity of the outbreak, experts predict airlines, hotels, movie theaters, restaurants and areas where people congregate will take a hit as consumers fear going out. If the outbreak worsens or lasts for an extended period of time, investors expect car, clothes, technology and other companies that rely heavily on China for manufacturing to take a hit. Copyright © 2020, ABC Audio. All rights reserved.