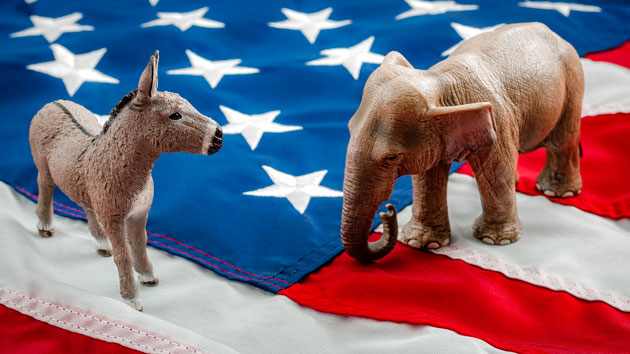 Moussa81/iStock(DES MOINES) — Monday night’s meltdown of the Iowa presidential Democratic caucuses has re-ignited the debate on whether the Hawkeye State should be the first in the nation to weigh in on picking the presidential nominee.While experts say it’s too early to say if the debacle will mark the end of the state’s electoral process as we know it, they do expect it will lead to some changes for the next presidential election cycle.”Every four years Iowa has to defend its position,” Dennis Goldford, a professor of political science at Drake University. “It’s always been an uphill road for Iowa, but now that road is a little steeper.”The state and its voting process have come under scrutiny for years from elected officials, pundits and voters across the nation because of its complicated rules and regulations. Many critics, including former Democratic presidential candidate Julian Castro, have decried Iowa’s first in the nation status due to its lack of diversity. Around 91% of the caucuses are white.This week’s delay in the results, mostly caused by a glitchy voting app, will add more fuel to the argument that the state’s early status is more trouble than its worth, according to Christina Greer, an associate professor of politics at Fordham University.”It really does not look great for Iowa,” she said. “The whole world was watching and now it’s eroded the confidence of voters.”Iowa became the first state in the nation to decide its presidential candidates in the early 70s after the state Democrats changed their caucusing system and had it at the beginning of the year before other states had their primaries. The process has been criticized for its rules including the lack of anonymous voting, the state’s small number of minority voters and the long process to determine a winner.The app’s failure and subsequent delay of the results was the final straw for some political pundits and observers.David Epsen, the host of Iowa Press on PBS who has covered the caucuses for over over 40 years, predicted Monday night that the caucuses would be done.”The good news out of the demise of the caucuses is that it will be easier for us natives to get a table at 801,” he later tweeted.Iowa political leaders on both sides of the aisle, however, reiterated Tuesday that their state’s process is sound and it would remain the first in the nation. U.S. Senators Chuck Grassley and Joni Ernst and Iowa Gov. Kim Reynolds released a statement backing the process.”The face-to-face retail politics nature of Iowa’s caucus system also encourages dialogue between candidates and voters that makes our presidential candidates accountable for the positions they take and the records they hold,” they said in a statement.Goldford said it is too early to determine if Iowa’s political parties will make any changes to their nomination system, but said Monday’s problems would push them harder to ensure it doesn’t happen again.”There will be an attempt to tweak and nudge the system to that it could be more fundamental,” he said.Karen Kedrowski, a professor of political science at Iowa State University, also said the caucus critics won’t forget this year’s mess and it could certainly lead to changes in the next presidential election cycle. However, she noted, political pride in the process runs strong in the state.”Iowans will fight tooth and nail to keep their first in the nation status,” Kedrowski said.Copyright © 2020, ABC Audio. All rights reserved.