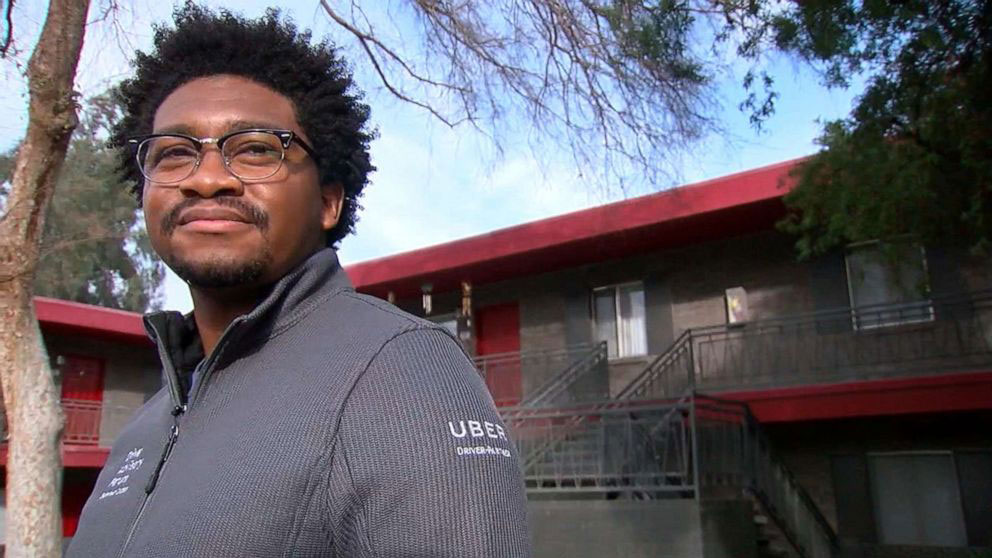 KNXV(PHOENIX) — An Arizona-based fertilizer company has fired its CEO after video surfaced of him berating a black Uber driver and calling him the N-word.Agroplasma CEO and President Hans Berglund was ousted from the company he founded amid accusations of racism and verbal assault, the company said Wednesday.The announcement came less than a week after Randy Clarke, an Arizona State University student and Uber driver, released dash camera footage of his disturbing encounter with Berglund after picking him up on Jan. 31.Clarke responded to a ride request from Berglund at around 9 p.m., but the situation escalated when he asked Berglund to sit in the back seat, citing a policy he enacted in 2018 when he said a rider allegedly sexually assaulted him.Clarke has signs posted on the inside and outside of his vehicle detailing this policy and why he prefers that customers ride in the back seat, according to his attorney. Uber authorized the rule after the sexual assault to limit the risk of Clarke being sexually assaulted by any other passengers, his attorney said.Dashcam footage showed Berglund refusing to sit in the back seat and threatening to cancel the ride. He eventually agreed to sit in the back, but Clarke said it was too late as he had already began to process a refund for the ride.That’s when Berglund began to berate him, according to the video.”Are you f—ing serious with me?” Berglund is heard saying. “Is it because I’m white? And you’re a f—ing n——? You are a f—-ing idiot.”Berglund apologized for the online incident, but Clarke said it was insincere, according to Jarrett Maupin, a reverend and civil rights activist who represents him.”Hans Berglund is the CEO of several enterprises and he knows that his conduct is unacceptable and that a public apology — face to face — is merited here,” Maupin said in a statement Wednesday. “Until he agrees to meet with us, we will make known his racist behavior. His suppliers, his business partners, whomever he does business with will hear about what he did to Mr. Clarke and what kind of a bigoted bully he is.”Clarke said he informed Uber of the incident and it agreed to place a temporary hold on Berglund’s account while it investigates the claims.Berglund told Phoenix ABC affiliate KNXV that he “deeply regretted” the comments and said he hopes Clarke will accept his apology.”I deeply regret and apologize for the hurtful and derogatory language I used during the altercation with Mr. Clarke,” Berglund said. “I firmly believe that there is no excuse for the use of racial slurs under any circumstance, so I will not offer any. It is my sincere hope that Mr. Clarke hears and accepts my apology and believes me when I say it is honest and heartfelt.”Copyright © 2020, ABC Audio. All rights reserved.