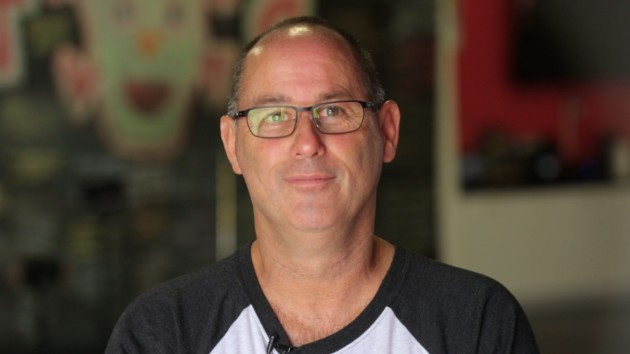 ABC News(WASHINGTON) — Fred Guttenberg, whose daughter was killed in the Parkland, Fla., school shooting, has apologized following an outburst during President Donald Trump’s State of the Union speech on Tuesday.When the president mentioned that he would protect gun rights, Guttenberg was heard shouting from the speaker’s box. He was quickly removed from the audience by a plainclothes police officer.After the State of the Union, Guttenberg tweeted, “Tonight was a rough night. I disrupted the State Of The Union and was detained because I let my emotions get the best of me. I simply want to be able to deal with the reality of gun violence and not have to listen to the lies about the 2A [second amendment] as happened tonight.””That said, I should not have yelled out,” he continued. “I am thankful for the overwhelming support that I am receiving. However, I do owe my family and friends an apology. I have tried to conduct myself with dignity throughout this process and I will do better as I pursue gun safety.”Among those showing support for Guttenberg was California Gov. Gavin Newsom, who tweeted in response to the apology: “Grateful to call you an ally…Thank you for your advocacy. I know Jaime would be proud.”

Grateful to call you an ally. You stood by CA when we fought for the toughest gun safety laws in the nation—and won.We simply should not have to live in fear of going to a movie, a concert or sending our kids to school.Thank you for your advocacy. I know Jaime would be proud. https://t.co/R2IZGPhUsR

Guttenberg was invited to the State of the Union by House Speaker Nancy Pelosi.”Thank you @SpeakerPelosi for inviting me to be your guest tonight at the State Of The Union,” Guttenberg tweeted earlier on Tuesday. “I cannot thank you enough for your commitment to issues important to Americans and to the issue most important to me on dealing with gun violence.”

Guttenberg’s 14-year-old daughter, Jaime, was a freshman at Marjory Stoneman Douglas High School when a gunman opened fire on Feb. 14, 2018, killing her and 16 others.Guttenberg became a gun safety advocate in the wake of the shooting.”We are not going away. Too many people are dying,” Fred Guttenberg told “Nightline” last year on the one-year anniversary of the shooting.”I’m certain that she’s on my shoulder now telling me, ‘You can’t put up with this. You need to be strong,"” he said.Copyright © 2020, ABC Audio. All rights reserved.