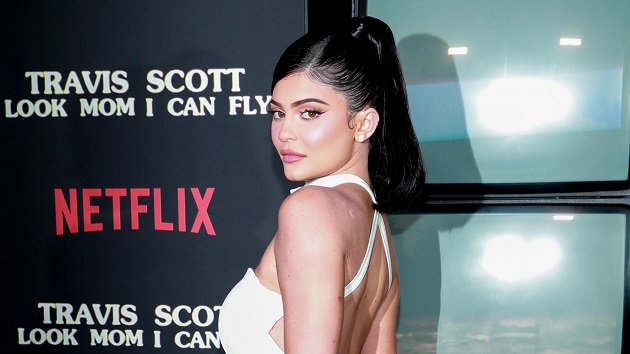 Rich Fury/Getty Images(LOS ANGELES) — If you ever have the privilege of being a guest at Kylie Jenner’s house, you won’t find any nuts there.  That’s because her two-year-old daughter Stormi is allergic.

Speaking to Harper’s Bazaar, the beauty mogul opened up about what foods you can expect to find in her household.  The segment, titled “Food Diaries,” asks various celebrities to document everything they eat in a regular day.

At first, Jenner jokes about how she “is the face of hangry,” which means that she is not the most pleasant person to be around when she’s hungry.

“Stormi has it, too. Because when that little girl’s a little hungry, she turns into a different baby,” she added with a knowing laugh.

After giving a cute anecdote about how food infiltrates Stormi’s dreams with a story of her toddler talking in her sleep about bagels, Jenner revealed that “We are a peanut-free household because Stormi is allergic.”

Last June, Jenner revealed in her Instagram stories that Stormi was rushed to the hospital for an “allergic reaction.”  While the reality star didn’t disclose what caused the medical emergency, this new interview may have finally connected the dots.

However, for children like Stormi, hope may be on the horizon.  The Food and Drug Administration announced Monday the approval of the first peanut allergy drug, Palforzia. The prescription drug is being marketed as a means to reduce the severity and frequency of peanut allergy-related reactions in children.