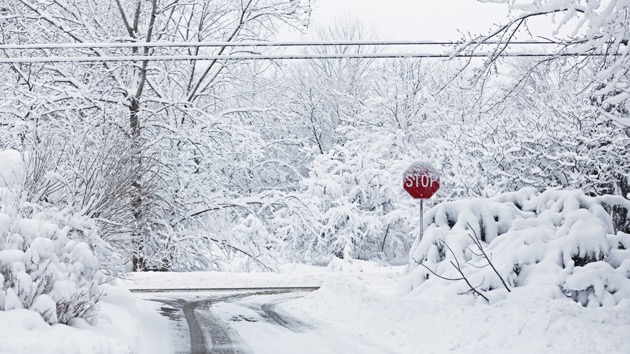 Willowpix/iStock(NEW YORK) — The amount of snow falling in several regions of the U.S., especially in states like Tennessee, Utah and Colorado, has been dramatically declining over the years due to rising global temperatures, according to a report released Wednesday by Climate Central.The non-profit environmental group tracked snowfall totals from 244 locations between 1970 and 2019 and found that 80% of sites saw a drop in snowfall during the fall months, a 46% decline during the winter months and a 66% drop during spring months. Nashville and Knoxville, Tennessee, saw the highest recorded snowfall loss during that period with 60% and 52% drops, respectively.”Places that are barely seeing a snowfall, are seeing no snow at all,” Sean Sublette. a meteorologist with Climate Central told ABC News.The Southwest region of the country, which includes Colorado, Arizona, Utah and New Mexico, saw a 100% drop in snowfall totals in the fall, an 80% drop in the winter and a 100% decline in the spring during that 49-year study period, according to Climate Central. Salt Lake City, in particular, had an annual snowfall average of 72 inches in 1970 compared to 42 inches in 2019, the report’s data said.The last decade was the warmest ever recorded, 2019 the 2nd warmest year in historyUnlike other parts of the U.S., the Northeast showed an increase of snowfall during the winter and spring seasons, and several major cities, including New York City, Philadelphia and Atlantic City saw jumps in annual snowfall totals between 1970 and 2019. However, the report said warmer coastal temperatures have resulted in more severe snowstorms in that region in the past 40 years.Sublette said more research will be needed to determine the exact causes of the changes, he said rising temperatures appear to be a significant factor. Many of the locations that had small amounts of snowfall are now seeing close to none as the precipitation is changing over to rain, according to Sublette.”What we are seeing with the data is consistent with what we know about a warming planet,” he said.Sublette said there are grave consequences for the decline in snowfall. Low snowfall contributes to the depletion of water sources, especially on the West Coast.The snow provides insulation for soil during the winter months and mitigates flooding, according to Sublette.”Snow keeps [the soil] from being exposed to these massive artic outbreaks,” he said. Copyright © 2020, ABC Audio. All rights reserved.