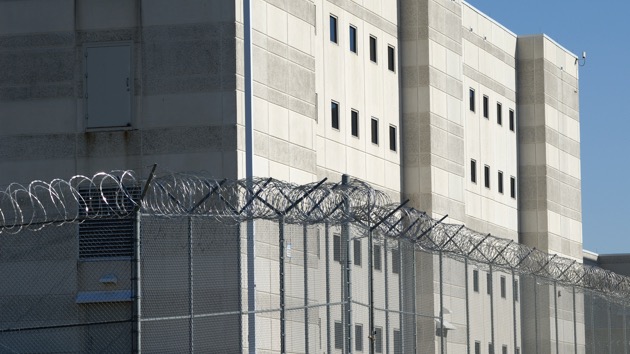 eddiesimages/iStock(WASHINGTON) — Alarmed by a string of murders, suicides and cellblock riots, the Department of Justice is launching a civil rights probe of the Mississippi prison system.DOJ officials said its Civil Rights Division’s Special Litigation Section will look into the conditions at four prisons, including the penitentiary in Parchman, the state’s oldest and most notorious lockup.”The investigation will focus on whether the Mississippi Department of Corrections adequately protects prisoners from physical harm at the hands of other prisoners at the four prisons, as well as whether there is adequate suicide prevention, including adequate mental health care and appropriate use of isolation at Parchman,” the DOJ said in a statement.The federal investigation will be conducted under the Civil Rights of Institutionalized Persons Acts, which gives the DOJ authority to investigate violations of prisoners’ constitutional rights that result from a “pattern or practice of resistance to the full enjoyment of such rights,” the DOJ’s statement reads.Besides Parchman, the DOJ plans to investigate conditions at the South Mississippi Correctional Institution in Leakesville, Central Mississippi Correctional Facility in Pearl and the Wilkinson County Correctional Facility in Woodville.At least 15 inmates have died in the prisons since late December when four prisoners were killed in what state officials described as “major disturbances” at Parchman and two other prisons that were orchestrated by suspected gang members.While most of the deaths since December have resulted from prisoner-on-prisoner violence, several inmates have died by suicide, officials said.Amid the violence, two prisoners escaped from Parchman, but were captured within days 100 miles away from the penitentiary leading investigators to suspect they received outside help, officials said.The DOJ probe comes about a month after 11 prisoner advocacy groups — including the American Civil Liberty Union of Mississippi, the Southern Poverty Law Center and the Mississippi State Conference of the NAACP — sent a 23-page letter to the DOJ asking the federal government to investigate the state’s prison system.”Mississippi is deliberately and systematically subjecting people in its care to a substantial risk of serious harm due to understaffing, in violation of the rights secured and protected by the Eighth Amendment of the United States Constitution, and it is no exaggeration to say lives will be lost absent of immediate intervention,” reads the letter, which was also signed by U.S. Rep. Bennie Thompson, D-Mississippi.Lisa Graybill, deputy legal director for the Southern Poverty Law Center, welcomed the DOJ investigation, saying that problems need to be addressed as quickly as possible to “end the violence and ensure humane living conditions.””Dozens have died and hundreds of others live in squalid conditions withstanding sewage in freezing temperatures as a result of Mississippi’s neglect,” Graybill said in a statement. “Mississippi’s prisons are overcrowded, understaffed, and aren’t safe for anyone.”The problems in Mississippi prisons have also attracted the attention of hip-hop artist Yo Gotti and music mogul Jay-Z, who supported a federal lawsuit filed last month on behalf of 29 Mississippi prisoners who accused state correctional officials of doing little to stop the violent outbreaks.”Plaintiffs’ lives are in peril,” the lawsuit said. “These deaths are a direct result of Mississippi’s utter disregard for the people it has incarcerated and their constitutional rights.”New Mississippi Gov. Tate Reeves has made fixing the prison system a top priority of his administration. One of Reeves’ first acts after taking over as governor on Jan. 14 was to visit the penitentiaries.He announced a series of “common sense” changes he’s already begun implementing, including a crackdown on contraband cellphones, which, he said, have been used to coordinate violence throughout the prison system. He’s also seeking a process to weed out guards who are corrupt or have gang affiliations.In his first state-of-the-state address, Reeves said he’s instructed the Mississippi Department of Corrections to close Unit 29 at Parchman prison, where an inmate was killed and several others injured when a riot broke out Jan. 2 and prompted a temporary statewide prison lockdown.Copyright © 2020, ABC Audio. All rights reserved.