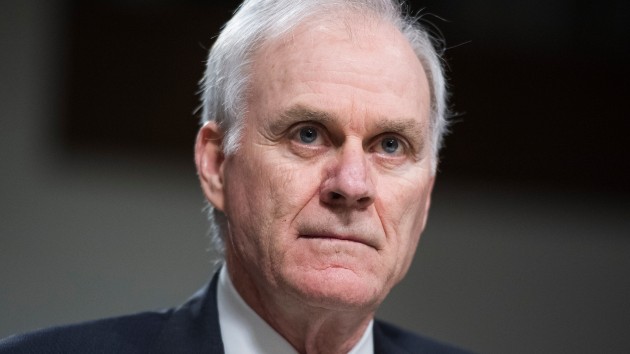 Tom Williams/CQ Roll Call(NORFOLK, VIRGINIA) — In a rare move, a former official appointed under the Trump administration has endorsed a Democratic presidential candidate.Former Secretary of the Navy Richard Spencer said Friday morning that he is throwing his weight behind Michael Bloomberg, saying in a release that “I have the utmost confidence that Mike will faithfully execute his duty as Commander in Chief.”The two men are expected to address a group of veterans and military families in Norfolk, Virginia, home to the world’s largest Navy base, where Bloomberg will unveil plans to support the military.Spencer said he is endorsing Bloomberg in part due to how he believes Bloomberg will serve the military community, saying that Bloomberg will heed the advice of military advisers, restore America’s world standing, and help vets.According to Federal Election Commission reports, Spencer has consistently supported Republicans in the past and has given large donations to the Republican National Committee and to Mitt Romney’s and George W. Bush’s presidential campaigns. Spencer was forced to resign as Navy secretary when he condemned Trump’s acquittal of Navy SEAL Eddie Gallagher after Gallagher was convicted of posing with the dead body of a teenage ISIS fighter. Copyright © 2020, ABC Audio. All rights reserved.