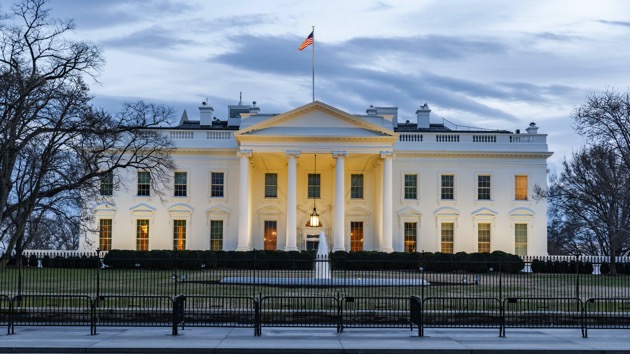 Thomas Bounias/iStock(WASHINGTON) — The National Security Council expert who testified in the House impeachment inquiry last year, U.S. Army Lt. Col. Alexander Vindman, was escorted out of the White House Friday, his lawyer said.His twin brother, also an Army lieutenant colonel assigned to the NSC, was also escorted off White House grounds Friday, “suddenly and with no explanation,” the lawyer said. Yevgeny Vindman was a lawyer and ethics official on the NSC.An Army spokespeson told ABC News that the Vindman brothers have been reassigned.”We can confirm that both Lt. Cols. Vindman have been reassigned to the Department of the Army, out of respect for their privacy, we will not be providing any further information at this time,” the spokesperson said Friday night. Earlier Friday, President Donald Trump did not deny reports that his White House planned to force out Vindman.”Well, I’m not happy with him,” Trump said when asked by a reporter if he wanted Vindman, out of the White House. “You think I’m supposed to be happy with him? I’m not.”Asked if Vindman was going to leave — and if he should leave — Trump responded, “They’ll make that decision.””You’ll be hearing,” he added.Vindman’s lawyer, David Pressman, said it was clear why Vindman was dismissed, two days after Trump was acquitted by the Senate in his impeachment trial.”There is no question in the mind of any American why this man’s job is over, why this country now has one less soldier serving it at the White House,” Pressman said in a statement. “LTC Vindman was asked to leave for telling the truth. His honor, his commitment to right, frightened the powerful.”During his decades of service to this country, LTC Alexander Vindman has served quietly but dutifully, and he has served with honor. He came into the public eye only when subpoenaed to testify before Congress, and he did what the law demanded,” the statement said.”In recent months, many entrusted with power in our political system have cowered out of fear. And, yet, a handful of men and women, not endowed with prestige or power, but equipped only with a sense of right borne out of years of quiet service to their country made different choices. They courageously chose to honor their duty with integrity, to trust the truth, and to put their faith in country ahead of fear. And they have paid a price” Pressman said.”The truth has cost LTC Alexander Vindman his job, his career, and his privacy. He did what any member of our military is charged with doing every day: he followed orders, he obeyed his oath, and he served his country, even when doing so was fraught with danger and personal peril. And for that, the most powerful man in the world – buoyed by the silent, the pliable, and the complicit – has decided to exact revenge.”LTC Alexander Vindman leaves the White House today. But we must not accept the departure of truth, duty, and loyalty that he represents. In this country right matters, and so does truth. Truth is not partisan. If we allow truthful voices to be silenced, if we ignore their warnings, eventually there will be no one left to warn us.”Trump has previously attacked Vindman, a Purple Heart recipient wounded in Iraq, for his testimony.The Washington Post reported late Thursday that that Trump planned to push out Vindman from his post in retaliation — as early as Friday. Bloomberg News reported, citing unnamed sources, the White House was “preparing to position the move as part of a broader effort to shrink the foreign policy bureaucracy.”Vindman is an active duty service member serving a term on the NSC.He raised red flags after listening to Trump’s July 25, 2019, phone call with Ukraine’s president — which sparked the House’s impeachment inquiry — and testified before the House Intelligence Committee in November. During lengthy remarks on Thursday where Trump celebrated his acquittal in a Senate impeachment trial by thanking supporters and attacking those he believed had wronged him, the president took a shot at Vindman, noting the lieutenant colonel had raised questions about omissions in a rough transcript of the phone call. He also referred to Vindman’s twin brother, Yevgeny, also an Army lieutenant colonel who works on the National Security Council.Trump has also called Vindman a “never Trumper” — with no evidence — and mocked him wearing his Army uniform during his testimony.Defense Secretary Mark Esper on Friday was asked if he would welcome Vindman back to the Department of Defense and what the Pentagon would do to ensure Vindman did not face retribution by the president or others.”We welcome back all of our service members wherever they serve to any assignment they’re given,” Esper replied. “I would refer you to the Army for any more detail on that. And as I said, we protect all of our persons, service members from retribution or anything like that.” Copyright © 2020, ABC Audio. All rights reserved.