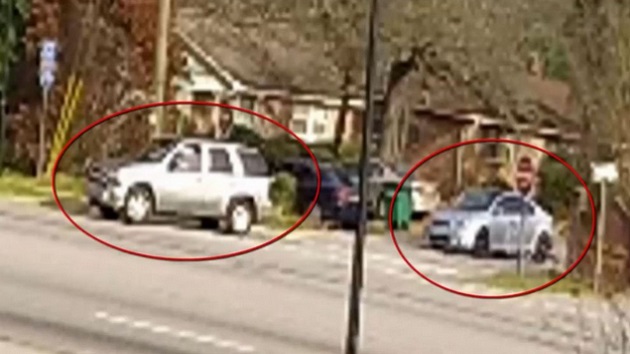 City of Cayce(CAYCE, S.C.) — The three-day search for a missing 6-year-old South Carolina girl ended with her body being found in a wooded area and police piecing together clues that link her death to a 30-year-old neighbor.”We can’t find her,” said Faye Marie Swetlik’s distraught mother to 911 on Monday. Officials with the Cayce Department of Public Safety on Friday released the frantic mother’s five-minute call to police an hour after her daughter went missing from their front yard.Sgt. Evan Antley said at a press conference that during the early stages of searching for Faye in the Churchill Heights area of Cayce, they talked to neighbors like Coty Scott Taylor and reviewed hours of video, but “felt we needed to go back to and look for more evidence.”Investigators found Faye’s body in a wooded area and moments later Taylor’s body was discovered inside his home.Investigators did not say what led them to Taylor after finding Faye as he does not have a criminal record nor is he known by law enforcement.”He was a neighbor. He was not a relative or a friend. He was merely a neighbor…Taylor’s house to Faye’s house are 100 to 150 feet from each other,” said Antley, who confirmed that their deaths “are linked.”Police also found a “critical” piece of evidence “that would have been listed on her missing persons flyer” in Taylor’s trash.The Lexington County Coroner, which identified Scott at a press conference on Friday, is conducting autopsies.”We have no suspects at this time. We have made no arrests. We are not seeking any persons of interest as of this time,” said Antley. “We have no reason to believe that there is an active threat in the community.”Copyright © 2020, ABC Audio. All rights reserved.