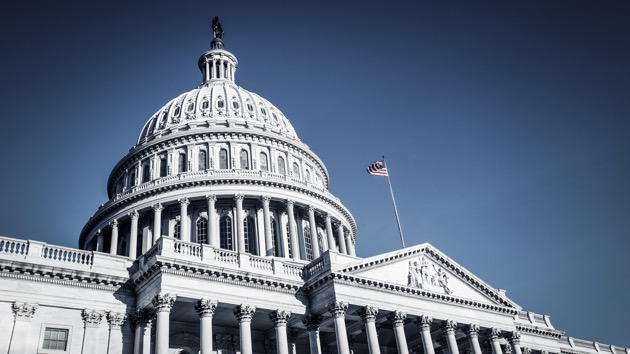 uschools/iStock(WASHINGTON) — Lawmakers are criticizing the U.S. Department of Health and Human Services after receiving a memo in lieu of a briefing in response to questions over allegations reportedly made in a whistleblower complaint.”This is totally insufficient,” said Rep. John Garamendi, D-Calif., in response to the memo. “We need to be briefed to know if there is any risk to our constituencies — yet HHS has refused to be transparent and communicative throughout the process.”The complaint, which ABC News has not independently reviewed, reportedly alleged that more than a dozen employees were sent to receive the first Americans repatriated from Wuhan, China, amid the novel coronavirus outbreak without proper training or protective gear.”The only information my office has received is the written statement that was sent out,” Rep. Mark Takano, D-Calif., told reporters.He called the HHS statement “inadequate.”The memo, which is similar to a statement previously issued to ABC News by an HHS spokesperson, said the agency “is conducting an ongoing, comprehensive internal investigation in response to the whistleblower’s claims. HHS is also conducting an ongoing, comprehensive investigation into what protocols and procedures were followed at both facilities.”It also said “no ACF [Administration for Children and Families] employees involved with repatriating persons from China were exposed to any individuals who tested positive for the virus.””Furthermore,” the memo continued, “the 14-day window for the virus to manifest itself has long since passed and no ACF employee has become ill with COVID-19. Therefore, testing for the virus is not medically necessary. Nonetheless, to allay any employee anxiety, HHS will administer tests to deployed ACF employees who request it.””I don’t want to raise a hysterical tone here,” Takano later added. “The main issue here for me is the manner of communication that is starting to emerge. They are not giving straight answers to a very simple question. The question we asked was, ‘Were proper protocols and procedures followed?’ And they’re not answering that question — they’re trying to answer it in a different, sideways way.”The memo, provided to ABC News by Garamendi’s office, is dated Feb. 29, 2020, and was sent to lawmakers on Monday evening. It’s addressed to “Interested Members of Congress” from HHS officials, including the assistant secretary for preparedness and response, Robert Kadlec, and Centers for Disease Control and Prevention Director Robert Redfield.Copyright © 2020, ABC Audio. All rights reserved.