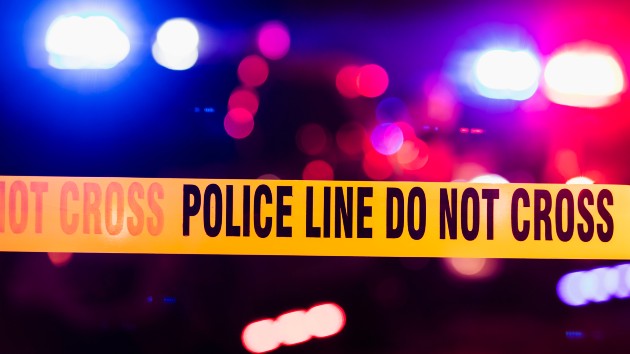 kali9/iStock(TULARE, Calif.) — One person is dead and five others are injured following a shooting at a party near a skate park in Tulare County, California, late Wednesday night.A 23-year-old male is dead and his name has not been released. Five others were shot, including a 7-year-old girl who is suffering from multiple gunshot wounds. Two other adult males and two adult females were also shot, police said. The condition of the other shooting victims is not known at this time, Tulare Police Sgt. Edward Hinojosa said during a press conference early Thursday morning.Police said a “solo suspect shooter” walked up on the party and opened fire, firing multiple rounds. The suspect is not in custody.Little information about the suspect is known at this time, but Hinojosa said he believes the shooting may be gang-related. It is unclear, he said, of any victim affiliations.The incident took place at an apartment complex near a skate park at Tulare & I Street during a celebration of life party for someone who was buried Wednesday. There were 50 to 60 people at the party. Copyright © 2020, ABC Audio. All rights reserved.