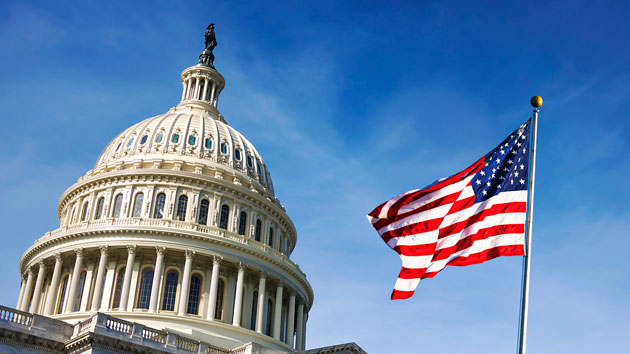 rarrarorro/iStock(WASHINGTON) — The Senate on Thursday overwhelmingly passed an $8.3 billion emergency funding bill to combat the spreading novel coronavirus, sending much-needed aid to embattled states and localities. The vote was 96 to 1.The measure would spend billions of dollars for everything from the research and development of vaccines and therapeutics to the stockpiling of medical supplies and billions to reimburse states and localities, many of whom have been crushed by the expense of battling the virus.“Today we face a serious crisis with the spread of the coronavirus. The American people expect us to set aside politics,” said Senate Appropriations Committee Chairman Richard Shelby, R-Ala. “In situations like this, no expense should be spared and none was.”The quick, bipartisan action by the Senate comes on the heels of the House’s swift approval Wednesday with just two Republicans voting against the measure, a rare show of bipartisanship in that chamber.In the Senate, Rand Paul of Kentucky sought unsuccessfully to cut spending on foreign aid in order to pay for the massive funding bill, but the GOP senator, who was alone in voting against final passage, saw just 15 of his fellow Republicans join him in support of his amendment, a sign of the political risk in appearing to oppose the virus funding.The bill approved Thursday is more than three times what President Donald Trump requested, but lawmakers kept the White House in the loop through a week of intense, behind-the-scenes negotiations which saw a deal come together in near-record time for Congress, and GOP aides close to the matter say they are confident that Trump will sign it.The legislation contains $7.8 billion in new money for federal agencies on the front lines of fighting the virus – the Centers for Disease Control and Prevention, the National Institutes of Health, the State Department, and the Small Business Administration. It allocates $3 billion for the research and development of vaccines and therapeutics, and $1 billion is sent within 30 days to state and local preparedness efforts, with the measure dictating that no state receive less than $4 million. Another $1 billion will go to help the Department of Health and Human Services fort health preparedness efforts, $100 million of which will go directly for community health centers.Seniors in rural areas and others who are at greater risk from the virus can get care at home through Medicare whose providers, under the bill, will now receive roughly $500 million for telehealth services.Democrats and Republicans clashed over efforts to try to shrink the price of eventual vaccines with Republicans fearful of disincentivizing manufacturers, but Democrats procured $300 million so the federal government can purchase vaccines, therapeutics, and diagnostics, “ensuring all Americans will have access to the drugs they need to combat coronavirus,” according to a fact sheet shared by the Senate Appropriations panel.The measure rejected a proposal by the Trump administration to take money from Ebola prevention, and it restores some of the cuts made in global health preparedness efforts slashed in the previous two years by President Trump.Lawmakers included language that would prohibit the administration from using any of the funding for any other purpose than COVID-19.“If there is a cynical effort by the president to shift funds … for any reason, it would violate the law,” Sen. Patrick Leahy, D-Vt., said.Not long after the Senate passed the measure, House Speaker Nancy Pelosi signed it.“I’m very honored to be signing this bill,” she said, noting the strong bipartisan support it received. The emergency funding addressed the problem in a “serious, all-government coordinating way,” she said.An aide quickly took the parchment and ran it over to the Senate, where it was to be signed and sent to the White House. Copyright © 2020, ABC Audio. All rights reserved.