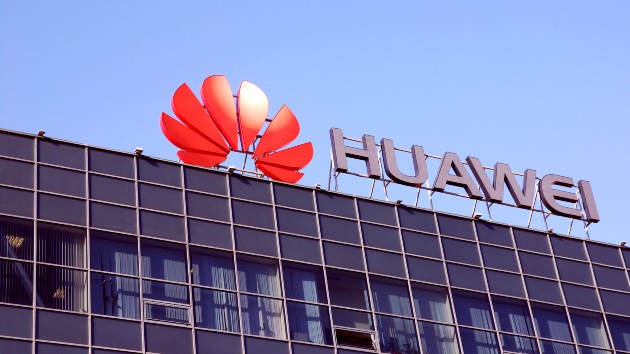 Nadya So/iStock(WASHINGTON) — A bipartisan group of senators called on the United Kingdom Wednesday to reverse its decision to allow the Chinese telecommunications giant Huawei to participate in its 5G network.In a rare letter addressed to the House of Commons, U.S. lawmakers, led by Sens. Chuck Schumer, D-N.Y., and Ben Sasse, R-Neb., urged the United Kingdom to “revisit its recent decision, take steps to mitigate the risks of Huawei, and work in close partnership with the U.S. on such efforts going forward.” The letter accused Huawei of helping China’s “intelligence-gathering” activities and argued that the U.K. would be unable to moderate the corporation’s risk to consumer privacy.The senators’ letter comes a month after a similar effort by Republican House members. However, Wednesday’s message to U.K. lawmakers attracted significant bipartisan support, including the backing of Sens. Ted Cruz, R-Texas, and Kirsten Gillibrand, D-N.Y.On Wednesday, senators urged continued cooperation between the U.S. and U.K. in security matters, writing that the “integrity of our telecommunications infrastructure cannot be effectively mitigated because of the unique software dependencies of 5G.””I’m disappointed, although I’m not surprised by the decision of the senators to write the letter,” Chief Security Officer for Huawei Technologies USA Andy Purdy told ABC News.”The U.S. has major anger at China — the government of China. And so they want to do everything they can to hurt China and any means they can use to hurt Huawei, to hurt China,” he added.Against the arguments of the U.S., U.K. Prime Minister Boris Johnson announced in January that Huawei would have a “limited” role in the country’s 5G network.

The decision allegedly sparked outrage from President Donald Trump, who reportedly was “apoplectic” in a phone call with his British counterpart in February.”What the U.S. is doing here is threatening the U.K. by basically saying, you will lose out on what you need for your national defense if you don’t go along with the what the U.S. wants in the way the U.S. wants it,” Purdy told ABC News.”I think we should talk to those allies like they are the friends and allies that they are, and not treat them with such disrespect,” he added.While Purdy slammed the bipartisan group of senators for their letter, Wednesday’s intervention is not unparalleled.”It is rare but not unprecedented for members of Congress to engage their parliamentary counterparts on policy (issues),” Amanda Sloat, a Robert Bosch Senior Fellow at the Brookings Institute, told ABC News.”These letters reflect the widespread and bipartisan concern in Washington — shared by Congress as well as the Trump Administration — about the British government’s decision to allow Huawei to contribute to its 5G network. Some British legislators already share these concerns and have publicly expressed their opposition,” she said.The letter came on the same day that the issue was debated by members of the U.K.’s House of Commons. Iain Duncan Smith, a former leader of Johnson’s Conservative Party, told other members of Parliament that the prime minister’s decision left the U.K. “utterly friendless” among its allies.Although some Conservative members of Parliament have blasted Johnson for using Huawei, already classified a “high-risk vendor” by U.K. security services, his government has promised to phase down its reliance on the Chinese giant.While tensions surrounding Huawei remain high on both sides of the Atlantic, Purdy argued that Huawei is no less trustworthy than anyone else.”Do I trust China, do I trust Huawei? I really don’t trust anybody, and nobody should trust anybody,” Purdy said.”We can’t be lulled into a false sense of security that because we’re blocking Huawei, we’re doing anything to make America safe,” he said. Copyright © 2020, ABC Audio. All rights reserved.