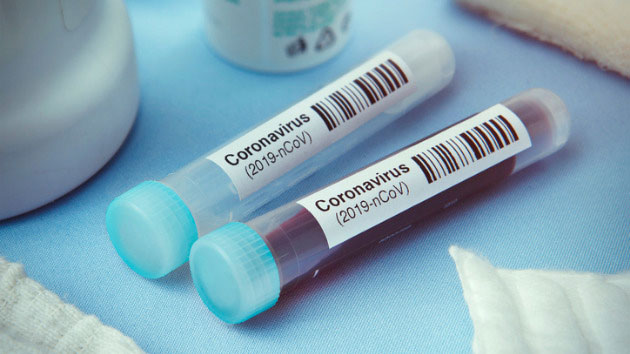 narvikk/iStock(KIRKLAND, Wash.) — When Susan Marie Hailey entered the Life Care Center nursing home in November to strengthen her core, legs and arms before she underwent surgery, she had no idea that she would later be locked in to a sort of solitary confinement due to a deadly virus spreading across the United States and world.Hailey, 76, told ABC News in an exclusive interview over the telephone Friday about the changes she’d witnessed since the skilled nursing facility in Kirkland, Washington, had begun reporting cases of the novel coronavirus, COVID-19.”They told me that we should stay in our rooms. Not that we were going to catch anything, but that we should keep to ourselves. And then about a week later they said, definitely, you’re supposed to stay in your room and…the reason being is because of this bug that was going around. But the very next day, all the help comes around and they’re masked and…it just changed and it was not pleasant. They were pleasant, but the atmosphere here was not,” Hailey said. “When I first came here, the halls were always full, whether it be walkers, whether it be…walkers and wheelchairs…and it was fun. You saw a lot of people that you knew. … Right this minute, there is not one person in that hall, and that shows you the difference in how it is now.”Tune into ABC News Live at noon ET every weekday for the latest news, context and analysis on the novel coronavirus with the full ABC News team, where we will try to answer your questions about the virus.The first COVID-19 cases were diagnosed at the facility on Feb. 29.Hailey, who now has a cough, said her health is not the best right now. She said staff had taken her to the hospital “the other night, but they couldn’t find anything more than what I already have.”Of the 58 cases in King County — which includes Kirkland — 34 cases are residents of or associated with Life Care Center of Kirkland, according to officials. Of the county’s 11 deaths, nine are associated with Life Care Center.Hailey said she had recently been tested for coronavirus even though she told ABC News that she had not initially asked to be tested.”I guess I was too naïve. But I was already sick and so I figured I couldn’t get any more ill, and I was wrong,” she said.Still, Hailey, said no one from the facility had told her exactly what was going on in the facility.”They would talk to me and tell me to stay away from people because you just don’t know what they may have,” she said. “They tell us to stay in our rooms, to take our medications and to drink gallons of water.”Hailey told ABC News Friday that she was being cared for by an aide “from morning till night” but said that she was not allowed to leave her room, even if she wanted to.”They take care of your showers, your changing your clothes, a lot of things and they’re very upbeat,” she said. “My aide, I see, and I see my doctors. Before there weren’t very many doctors. Now there are. It’s different. … As a rule, that would not bother me but when they tell you you have to stay in your room, then that is bothersome. They just don’t want people out and about in the halls.”Hailey said she had been told that the results from her COVID-19 test wouldn’t return until next week.At least 98,000 people around the world have been sickened and thousands have died. In the United States, at least 213 confirmed cases have been detected through the local public health system. The U.S. death toll from coronavirus is at least 15.The states that have reported cases are Arizona, California, Colorado, Florida, Georgia, Illinois, Indiana, Kentucky, Maryland, Massachusetts, Nevada, New Hampshire, New Jersey, New York, North Carolina, Oregon, Pennsylvania, Rhode Island, Tennessee, Texas, Washington and Wisconsin.Hailey told ABC News that if she could leave the facility, she would.”It’s not that the people aren’t nice. Its that I don’t like being trapped, and I am,” she said. “One of my dearest friends was brought in last weekend, and she died. And I’m just sick about that because she was in relatively good health but she passed on. … That really makes you stop and think of…the mess that you’re in.”Hailey said her room was set up for two beds even though it could fit three beds, and that the room was rectangular with windows at one end and a door to the hallway at the other.She said when her daughter Carmen Gray came by the windows to her room, it was like “fresh air.””It is truly delightful. … It is delightful that she comes over here and we wave at each other through the glass and talk to each other through the speakerphone. I don’t do it very well but I do get my point across to her.”When asked what message she hoped to share with others about the conditions she was living in at Life Care, Hailey said: “I would like them to take care of themselves. We have this risk going on so go ahead and take care because you don’t want to be here. You don’t. It’s kind of frightening.”Copyright © 2020, ABC Audio. All rights reserved.