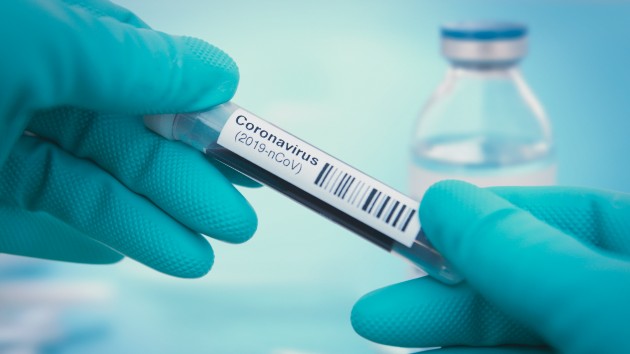 narvikk/iStock(NEW YORK) — A global outbreak of the novel coronavirus has now infected more than 110,000 people, mostly in China.The newly identified virus, known officially as COVID-19, was first detected in the Chinese city of Wuhan in December and has since spread to every continent except Antarctica. At least 3,825 people have died so far, according to data compiled by Johns Hopkins University’s Center for Systems Science and Engineering.South Korea, Italy and Iran have the highest national totals of confirmed cases behind China, respectively. France and Germany have also seen a rising number of infections, with confirmed cases north of 1,000 in both countries. Here’s the latest on the developing situation. All times Eastern:

5:44 a.m. Costa Fortuna cruise ship granted approval to dock in SingaporeSingapore port authorities told ABC News that they will allow the Costa Fortuna cruise ship to dock on Tuesday.The vessel has still been turned away from ports in Malaysia and Thailand amid fears over the novel coronavirus outbreak. Italian cruise line Costa Crociere, which operates the ship, has said there were no suspected cases of COVID-19 on board.

5:12 a.m. Elementary school student tests positive in IndianaAn elementary school student in Indiana has tested positive for the novel coronavirus, officials said.Test results came back late Sunday night confirming that a student at Hickory Elementary School in Avon, Indiana, had contracted COVID-19. Hickory Elementary School will be closed for two weeks, according to a press release from the school district, Avon Community School Corporation.”It is our intent to provide our Hickory students with ongoing learning opportunities, which may include e-learning and other experiences,” the school district said.The school district has also decided to have an e-learning day for all schools in the district on Monday.

3:28 a.m. Grand Princess cruise ship to dock in CaliforniaPassengers are expected to begin disembarking the Grand Princess in California’s port of Oakland on Monday.The cruise ship has been kept offshore for four days days, waiting in limbo as health officials tested dozens on board for the novel coronavirus after it was discovered that the vessel had previously carried two people who contracted COVID-19. At least 21 people on board have tested positive, officials said.California Gov. Gavin Newsom said the disembarkation process will take place over multiple days and in order of priority. Those who are infected will disembark first and will be transported to local hospitals. Next, California residents will be taken to either the Travis Air Force Base or Marine Corps Air Station Miramar for a 14-day quarantine. Then all other passengers will disembark and go to either Lackland Air Force Base in Texas or Dobbins Air Reserve Base in Georgia for a 14-day quarantine, while foreigners will be repatriated on chartered flights, according to Newsom.Crew members who aren’t sick will complete their 14-day quarantine on board the ship, which will leave the port as soon as the disembarkation process is complete, Newsom said.The U.S. Coast Guard said it transported seven people from the California Department of Health and Human Services, along with supplies, to the Grand Princess on Sunday evening. The team will determine the medical status of all passengers and crew aboard ahead of the ship’s arrival.To avoid delays, testing will be conducted when guests arrive at their onward destination, according to Princess Cruises, which operates the ship.”All of us at Princess Cruises offer our sincere gratitude and appreciation to the federal, state and local authorities who are coordinating, collaborating and activating resources and personnel in support of this response to provide care and attend to the health and well-being of our guests and crew,” the cruise line’s president, Jan Swartz, said in a statement late Sunday night.The Coast Guard said it also medically evacuated a critically ill passenger and his wife on Sunday morning. The passenger, a man in his early 60s, had a non-coronavirus-related medical emergency and required further treatment. Copyright © 2020, ABC Audio. All rights reserved.

Victims of US Embassy terror attacks find justice, but no closure in sight
Don’t want to frighten people, but we may see ‘surge upon surge’: Fauci
Supreme Court reviews Trump plan to exclude undocumented immigrants in redistricting
Bill that could help Black farmers reclaim millions of acres ‘a step in the right direction’
New York City public elementary schools to reopen in-person
San Francisco 49ers not allowed to play in stadium for 3 weeks under new COVID-19 restrictions