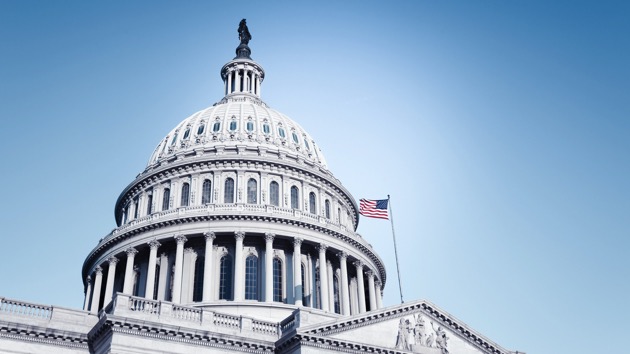 uschools/iStock(WASHINGTON) — After ending his presidential campaign and insisting he wouldn’t be running for Senate, Montana Gov. Steve Bullock announced Monday he plans to pursue the Democratic nomination to take on Steve Daines, the one-term Republican incumbent senator.“After hearing from Montanans and talking to Lisa and our kids, we decided now is no time to be on the sidelines, and that’s why I’m running so we can make Washington work more like Montana,” Bullock said in a press release announcing his candidacy, sent on the deadline to file for the office.Bullock’s run brings a new opportunity for Democrats to take control of the Senate by putting Montana in play this cycle. Democrats currently hold 47 seats, so they need to win four races — and hold onto every seat they currently have — in order to flip control of the upper chamber.At the end of last month, POLITICO reported that Senate Minority Leader Chuck Schumer paid a visit to Montana to make a final pitch to the two-term moderate governor to get in the race. Earlier in February, Bullock also met with former President Barack Obama, when he was in Washington for the National Governors Association’s winter meeting, POLITICO also reported.On ABC’s “This Week” Sunday, former Obama chief of staff Rahm Emanuel credited Bullock’s intention to run and Montana being in play on former Vice President Joe Biden’s wins on Super Tuesday.”That happened because of Joe Biden. If Bernie looked like he has basically split Super Tuesday or done better, you would not have a Montana race. And that’s changed everybody’s prediction and calculation in the Senate,” said Emanuel, the former mayor of Chicago who is now an ABC News contributor.The run is certainly a change of plans for Bullock. After dropping out of the presidential race in December, a spokesperson for the governor said, “While he plans to work hard to elect Democrats in the state and across the country in 2020, it will be in his capacity as a Governor and a senior voice in the Democratic Party — not as a candidate for U.S. Senate.”In response to Bullock’s announcement, National Republican Senatorial Committee spokesperson Nathan Brand said, “Bullock supported impeaching President Trump, wants to ban guns, and ignore illegal immigration. One can see why, given their visceral disdain for the Montana way of life, Washington Democrats rolled out the red carpet for Bullock. Meanwhile, Steve Daines always puts Montana first, is a proven leader and a strong ally for President Trump.”Bullock, who can’t pursue a third term as governor due to term limits, won reelection in 2016 by a four-point margin, despite the state overwhelmingly voting for President Donald Trump over Democratic candidate Hillary Clinton, so it’s unclear how much his support for Trump’s impeachment will factor into Montanans’ decision to support him. A constant refrain during his presidential campaign was that his win in a Trump-won state was why he was the best candidate to take on the president.Despite that, though, the moderate’s presidential campaign never took off as he competed in a crowded field.He shied away from endorsing some of the more liberal policies in the race, like Medicare for All, and providing health care to undocumented immigrants. A gun owner himself, Bullock was not against banning all firearms, but when launching his presidential campaign, he said he would push to ban the purchase of assault weapons, while also advocating for universal background checks.Before holding the governorship, Bullock served as attorney general for two terms, and gained national attention when he pursued a legal challenge to Citizens United all the way to the Supreme Court. While he lost the challenge, he made getting so-called “dark money” out of politics one of his presidential campaign’s signature policies.Former Colorado Gov. John Hickenlooper also launched a bid for the Senate after his presidential campaign failed. In addition to winning in Colorado by flipping the seat currently held by Republican Sen. Cory Gardner, Democrats hope to flip Arizona and Maine, and hold onto Sen. Doug Jones’ seat in Alabama. On Tuesday, Cal Cunningham won the Democratic primary for North Carolina’s Senate seat, and with his win, Cook Political changed its rating for the Republican-held seat from “Lean Republican” to “Toss Up,” potentially making the southern state another opportunity for Democrats to take a majority in the Senate.Democratic Sen. Jon Tester held onto Montana’s other Senate seat in 2018, winning a third term by a three-point margin as other Democratic senators in red states lost their bids for reelection.Four other candidates have already filed to run for the Democratic nomination this cycle, according to the Montana secretary of state’s website. Bullock will file his candidacy at the secretary of state’s office later on Monday, joined by his wife and three children.The state’s primary is on June 2.Copyright © 2020, ABC Audio. All rights reserved.