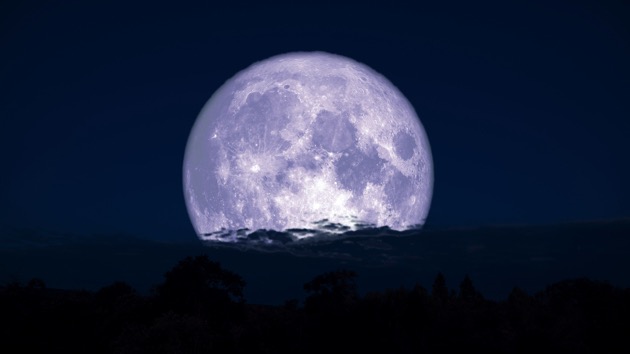 Chayanan/iStock(NEW YORK) — As winter comes to a close, the final full moon of the season will light up the night sky on Monday.The full worm moon, also known as a super worm moon, appears larger and brighter than other full moons and will reach peak fullness at 1:48 p.m. ET, according to the Farmer’s Almanac, giving astronomers a great view when it rises above the horizon Monday night.

A picture of the #SuperMoon last night, taken by one of our forecasters. #WormMoon #SuperWormMoon pic.twitter.com/mn3y8dMh1X

Super moons that occur in March are nicknamed the “worm moon” because that’s the time of year when earth worms tend to emerge from the ground as it begins to thaw from the departing cold of winter.Monday night’s celestial event also marks the first of three supermoons this year, with one in April and another in May.

A super moon occurs when a full moon or new moon coincides with the moon’s position at its closest to earth, according to NASA.Copyright © 2020, ABC Audio. All rights reserved.