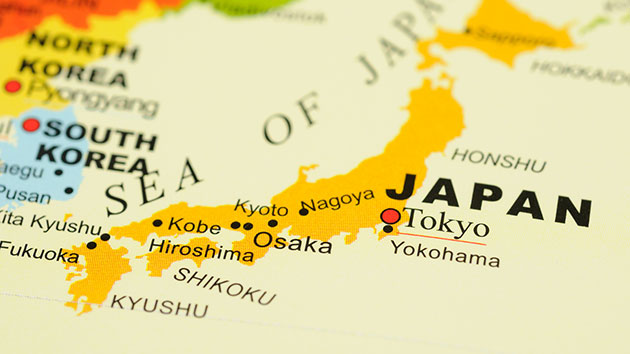 bedo/iStock(NEW YORK) — By all accounts, Ryan Boyle was like many typical 10-year-olds.Growing up in the suburbs of Monroe, Connecticut, he loved the outdoors and was a social butterfly in school. And for as long as he can remember, a bike was never too far out of his reach. But life as he knew it – and his love for cycling – came to a screeching halt on Oct. 13, 2003.Boyle was attending a friend’s birthday sleepover, and that morning he and his friends were outside taking turns riding on a Big Wheel truck. Rain from the night before had made the road surface slippery, and not too long after he got on the toy, Boyle slipped and was pulled down the steep driveway directly into oncoming traffic.A pickup truck speeding on the backroad collided with Boyle and the Big Wheel, dragging his body underneath the truck’s front tire over 55 feet before the driver came to a complete stop. That’s when, as Boyle described in his memoir, When the Lights Go Out, “everything went black.”“I don’t really remember anything after I fell backwards down the driveway,” said Boyle.   Boyle was airlifted to Yale-New Haven Children’s Hospital where doctors performed emergency brain surgery that resulted in the removal of his cerebellum, the back portion of the brain responsible for coordinating voluntary movements like balance, coordination and speech. He would spend the next two months in a medically-induced coma. During this time, one or both of Boyle’s parents, Matthew and Nancy, would stay by his bedside.Boyle’s family had difficulty accepting the doctors’ grim prognosis and, instead, leaned heavily on their Christian-faith to help him pull through.“Because my dad was involved in our church, there were a sector of Mother Teresa’s order who would come to my ICU room, and the nuns would pray for me,” Boyle recalled. “They (the nuns) would put miraculous medals on each of my broken bones. And (as his dad later explained to him), they (Boyle’s parents) would notice my vital signs improve,” he said.The Boyle family received a Christmas miracle when Ryan woke up from his coma. He recalled the first conscious moment he had when he came to. “There were a bunch of monitors beeping, and I had no idea what was going on,” said Boyle. “There were three people, my parents and my neurologist, standing over me, and I remember only being able to move my right index finger.” Months of grueling rehab would ensue for Boyle, as he had to re-learn how to breathe, swallow, stand, sit, walk and talk all on his own.It was during his seven-month stay at Blythedale Children’s Hospital in Valhalla, New York where Boyle would make perhaps the biggest decision of his young life. “I wanted to enjoy life, and get as much out of it as I can,” Boyle said. “I couldn’t stop and feel sorry for myself. I thought, ‘if I put in the work, eventually, I could do what I wanted to do and what I am passionate about,’” he added.Boyle would make a remarkable recovery and would readjust to a “new normal.” He attended St. Joseph High School in Trumbull, Connecticut, where he started a car club, managed the boys’ varsity basketball team and served as a student ambassador. Despite all Boyle would go on to accomplish, there was still a noticeable void in his life: his first love for cycling. After doctors finally gave Boyle the all-clear, he immediately set his sights on another ambitious goal.  “Once I found out I could ride a bike again, I put everything into it and knew that I could become a world champion,” Boyle said. Boyle’s dedication and persistence would ultimately pay off in 2014 when he made the United States Paralympian cycling team at just 19 years old.After placing second at the World Championships, Boyle achieved his goal of qualifying for the 2016 Paralympics in Rio where he took home a silver medal in the time trial race, and placed fourth in the road race. Boyle now lives and trains as a full-time athlete at the U.S. Paralympic Training Center in Colorado Springs. Through his entire journey, Boyle has continued to embrace stepping into the unknown and constantly pushing himself to achieve more. His sights are now set on getting over the plateau separating him from Paralympic gold at this year’s Games in Tokyo.“It’s important to never give up faith, and continually set the bar high,” said Boyle. “Life is truly a wild ride and you never really know what will come of it.”Copyright © 2020, ABC Audio. All rights reserved.