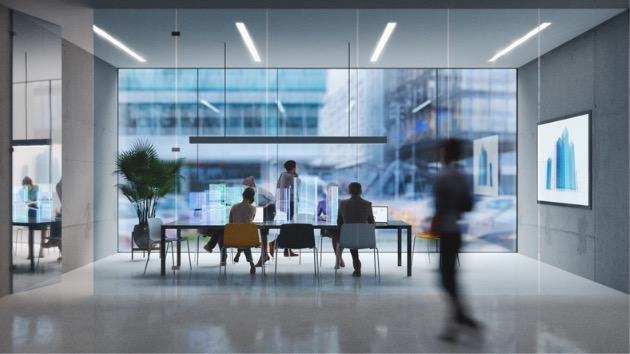 The size of the unprecedented relief package – in the scale of spending and the number of businesses eligible for funds – will make it difficult to verify the information from each applicant, and how they plan to use their money.

With roughly 10 million Americans filing jobless claims over the last two weeks, and millions of small businesses seeking government aid to stay afloat, the need for the government to immediately push out money to Americans and into the staggering economy could hinder efforts to filter out efforts from potential fraudsters to seek relief funds.

“Everybody’s acceptance of some or a lot of fraud is going to have to be high, because it’s going to happen,” said Earl Devaney, who served as the top watchdog of the Recovery Accountability and Transparency Board, which tracked the stimulus spending following the Great Recession in the late 2000s.

Though the legislation mandates multiple oversight bodies, if even a small percentage of the funds are misused, it could mean fraud on the scale of potentially millions, if not billions, before there are any efforts to recoup losses, according to experts.

They see the $350 billion in funding earmarked for small businesses in the form of forgivable loans as particularly susceptible to abuse. Millions of small business owners began applying to banks for the loans on Friday, though many applicants and lenders experienced problems with the program’s rollout.

While the Treasury Department has said money will begin flowing immediately, some institutions, including JP Morgan Chase, said Thursday they would not be ready to receive applications by Friday.

Other veteran investigators are concerned that the review process, which leaves it up to banks to vet potential borrowers and applicants to attest to their eligibility, doesn’t give authorities enough time to effectively weed out potential fraud.

“If you have fewer entities that has a lot of implications for oversight. It’s fewer entities to worry about. But it also means that the processes for application can be a little more thoughtful,” Neil Barofsky, the former special inspector general of the $700 billion Troubled Asset Relief Program (TARP), told ABC News.

“In contrast here, the very purpose of these programs is not to impact a relatively small number of institutions but to reach as far and wide as possible,” he said.

The small business loan initiative, known as the Paycheck Protection Program, will be “an extraordinarily easy program to defraud, and it will be defrauded in massive ways,” he added.

4 groups to oversee how the money’s used

The $2.2 trillion, 880-page CARES ACT approved by Congress last week included oversight provisions, modeled after some of the safeguards implemented to track the financial system bailout and stimulus money after the Great Recession.

It formed three major groups to lead oversight efforts: A new special inspector general, who will be nominated by Trump and confirmed by the Senate, will be responsible for oversight of the $500 billion fund administered by the Treasury Department and Secretary Steven Mnuchin.

Trump plans to nominate Brian Miller, a special assistant to the president and senior associate counsel in the Office of White House Counsel, to serve as inspector general, the White House announced Friday night.

A five-member bipartisan panel of lawmakers will monitor the Treasury Department program and Federal Reserve’s implementation of the stimulus package, and is expected to hold hearings and take public testimony from officials managing the programs.

The third group, the Pandemic Response Accountability Committee, have the broadest mandate, aimed at rooting out waste and fraud throughout programs in the entire $2.2 trillion relief package.

Led by Glenn Fine, the acting inspector general of the Department of Defense who was part of the panel’s precursor following the financial crisis, the group will be able to conduct audits, subpoena individuals and information, and refer matters to the Justice Department for investigation.

“Every time there’s kind of an emergency surge in spending like this it’s even more important that there’s additional layers of oversight to make sure that everything is on the up and up,” Liz Hempowicz, the director of public policy at the Project on Government Oversight, told ABC News.

Hempowicz, who worked with Senate lawmakers on the provisions in the package, was optimistic that the various levels of oversight would help minimize fraud, modeled after the success of similar efforts a decade ago. But even a successful effort — keeping abuse of funds below one percent of total spending — could still amount to millions in waste, given the scale of the effort.

House and Senate Democrats, who were particularly worried about how the $500 billion supervised by Mnuchin will be awarded, also pushed Republicans to add additional language into the legislation preventing President Trump, his family, top government officials and lawmakers from receiving loans or investments from the Treasury programs.

Already, there are signs that President Trump and Democrats could tangle over oversight of the massive stimulus programs as money begins to flow from the federal government to workers and businesses.

Trump’s plans to nominate Miller, a former inspector general for the General Services Administration, will likely be met with criticism by Democrats. Inspectors General are typically independent and apolitical appointees; Miller played a role in rebuffing investigations into the withheld military aid to Ukraine that led to Trump’s impeachment.

In a signing statement last week, Trump said he wouldn’t allow the inspector general to share information with Congress without “presidential supervision,” objecting to the provisions of the law that require the watchdog to notify Congress when they are “unreasonably” denied information about the stimulus program.

Democrats criticized the comments, and on Thursday House Speaker Nancy Pelosi announced the formation of a special select committee to provide additional oversight of the recovery funds and the administration’s management of the coronavirus crisis, a move Republicans and the White House quickly condemned as redundant.

Mnuchin on Thursday said he didn’t think the panel was necessary.

While it’s not uncommon for both parties to snipe over the use – and potential abuse – of stimulus funds, the level of partisanship in Washington and the immediate need for the funds to be delivered to businesses and Americans make this situation much more difficult than the oversight efforts following the last recession, Devaney told ABC News.

“The atmosphere on the Hill, I thought it was acrimonious when I was there. It’s a lot worse today and I suspect that whoever takes this job is going to be testifying once a week,” he said of the eventual special inspector general.

Former Rep. Tom Davis, R-Virginia, who served as chair of the House Oversight Committee, defended the stimulus package, given the time constraints put on lawmakers and the Trump administration.

“It’s unlike anything I’ve ever seen in the last 50 years,” he told ABC News. “Emergency situations call for emergency measures. You can’t sit and write layers and layers of oversight.”

“There’s always going to be money going to people who shouldn’t have gotten it,” Davis said. “The question is, what were the alternatives?

Lawmakers and coronavirus stimulus watchdogs won’t just have this historic $2.2 trillion coronavirus package to police. Conversations have already started on Capitol Hill around a fourth phase of relief funding, including more money for small businesses.