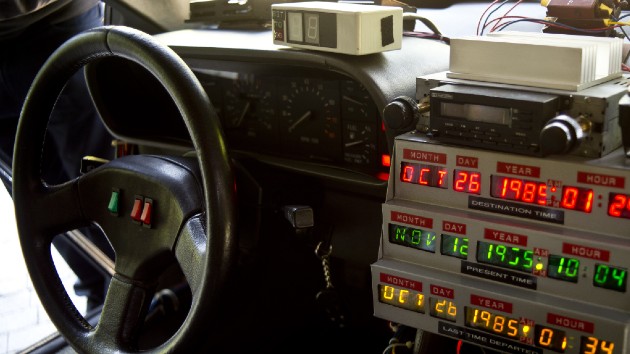 (NEW YORK) — Sharp-eyed fans’ attention to detail while watching Back to the Future Part II on Netflix has gotten major attention from the streaming service.

Apparently, Netflix had been running a censored version of the film without realizing it. The cut, which the fan noticed, included a sloppy deletion of Michael J. Fox’s Marty McFly discovering family nemesis Biff had smuggled a French girly magazine inside the cover of that troublesome Gray’s Sports Almanac.

Now the movie’s screenwriter, Bob Gale, is sounding off, telling The Hollywood Reporter, “Apparently, this was a foreign version which neither director Robert Zemeckis nor I even knew existed, for some country that had a problem with the Oh La La magazine cover.  I asked that the studio destroy this version.”

Gale added, “FYI, Netflix does not edit films — they only run the versions that are supplied to them.  So they’re blameless. You can direct your ire at Universal, but I think they will be a lot more careful in the future — and with ‘the future.'”